Teens ages 15 to 18 can work out FREE all summer at participating Planet Fitness locations in the Denver area and around the country. Beginning May 15, teens can sign up for the Teen Summer Challenge in person at their preferred location. Plus, all teens who sign up are automatically entered into Planet Fitness’ Scholarship Sweepstakes. 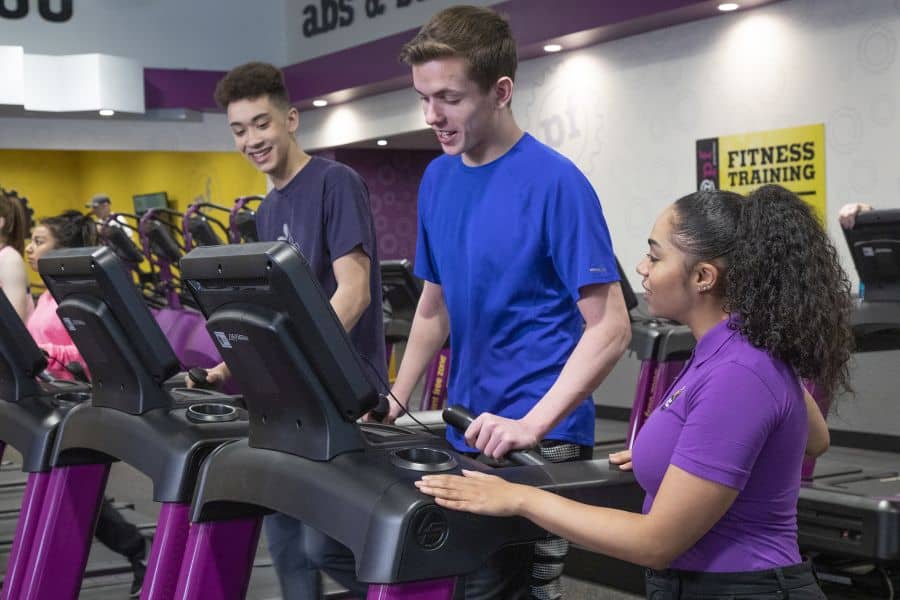 By the end of summer, 51 teens in all 50 states and Washington DC will be randomly selected to win a $500 scholarship, and one teen will receive a $5,000 grand prize.

To sign up, any teen under the age of 18 must have a parent or legal guardian with them. Once they have the waiver form signed, teens can work out alone.

The Teen Summer Challenge will run from May 15 through September 1, 2019. Free fitness classes specifically for teenagers will also be available Monday through Friday with certified fitness trainers.

Teens can only work out at the Planet Fitness location where they signed up.

You can read the entire press release below.

‘Teen Summer Challenge’ Program Invites Teenagers Ages 15 – 18 to Work Out for Free in all of its 1,700+ locations nationwide from May 15 – September 1

HAMPTON, N.H. (April 26, 2019) – Planet Fitness, Inc., one of the largest and fastest-growing franchisors and operators of fitness centers in the U.S. and home of the Judgement Free Zone®, is inviting high school teenagers ages 15 – 18* to work out for free at any of its more than 1,700 Planet Fitness locations throughout the United States from May 15 through September 1 as part of the nationwide Teen Summer Challenge initiative. Free fitness classes specifically for teenagers will also be available Monday through Friday via certified fitness trainers.

Additionally, all teens who sign up beginning May 15 are automatically entered into Planet Fitness’ Scholarship Sweepstakes. By the end of summer, 51 lucky teens across all 50 states and Washington, D.C., will be randomly selected to receive a $500 scholarship, and one teen will receive a $5,000 grand prize**. Teens will also have the chance to win exciting prizes on Planet Fitness’ Twitter and Instagram channels throughout the summer, such as club swag, movie tickets and wireless headphones.***

The nationwide launch of the Teen Summer Challenge builds on a successful local program first launched last summer in New Hampshire, Planet Fitness’ home state. To sign-up, visit a Planet Fitness near you beginning May 15. Teens under 18 must be accompanied by a parent or guardian at sign-up.

A FOCUS ON TEEN HEALTH

The U.S. Department of Health & Human Services recently released new physical activity guidelines****, which revealed that 80 percent of Americans do not currently meet the recommended amount of physical activity. The guidelines also challenge youth (ages 6 – 17) to pursue a minimum of 60 minutes of moderate-to-vigorous physical activity each day. Planet Fitness’ Teen Summer Challenge offers a solution for teenagers eager for an opportunity to stay active during the summer when school sports programs, gym classes or after school activities wind down.

“Teens today are under ever-increasing pressure to succeed academically and socially, battle a growing list of responsibilities both inside and outside of the classroom and become well-rounded members of their community,” said Chris Rondeau, Chief Executive Officer at Planet Fitness. “At Planet Fitness, a healthy and active lifestyle should never be a challenge – which is why we’re flipping that notion on its head with the launch of the nationwide Teen Summer Challenge. We want to give teens across the United States the chance to stay active when school is out – a time when they may not otherwise have access to organized fitness or athletic programs, which is why we’re offering a safe space to exercise for free and spend time with their friends all summer long.”

To uncover how teens ages 15 – 18 view health and fitness today, Planet Fitness commissioned a national study***** that sheds light on how teens and parents feel about health and wellness, and how best to motivate youth toward pursuing an active lifestyle and setting them up for success through adulthood. Key findings include:

Wellness is On the Brain. Today’s teens are more health-conscious than ever before, seeing exercise as not only a way to be in shape, but believing that – among those who work out already – it positively impacts their mental health (72 percent) and focus on schoolwork (47 percent).Sadly, nearly half of all teens (42 percent) lack a positive body image, noting they’re self-conscious and have trouble finding the confidence to try something physically challenging.

In addition, with two-in-five (42 percent) of today’s teens also battling anxiety and body image issues, many teenagers are recognizing that exercise may be the answer. Those who work out note they feel more confident (47 percent) and happier (43 percent) in addition to feeling less stressed (37 percent) and anxious (24 percent).

Schedule’s Booked. Nearly three-in-five (57 percent) teens surveyed say that between school and extracurricular activities, they do not have enough time to make exercise a part of their daily routine – a sentiment also shared by more than one-third (36 percent) of teens’ parents, who feel today’s youth have fewer opportunities to exercise on a daily basis than they did a generation ago.Not surprisingly, over two-in-five (41 percent) report that their fitness levels decrease over the summer when school is out.
That said, nearly all (91 percent) agree that they want to stay healthy and active over the summer.

Having Access Doesn’t Infer Action. Parents and teens (50 and 54 percent, respectively) agree teens have greater access and options to exercise than previous generations. But almost two in five (39 percent) of teens say they don’t have enough guidance on how to exercise or where to event start (36 percent), which may be why 39 percent feel negatively towards fitness.

Exercise Your Body, Not Just Your Fingers. When asked how they’d prefer to spend their free time, more than one-third (36 percent) wished to exercise or work out more (regardless of school schedules), which is greater than the number of teens who want to spend more time playing video games (27 percent), browsing social media (16 percent) or watching TV (16 percent).

All-Star Student. Working out works to many teens’ advantage, too, as fitness can be a secret recipe for straight As. In fact, among surveyed teens who see improvements based on exercise (91%), two in five (40%) have reported that exercise helps them to find more focus, with 23 percent directly attributing it to making them a better student.

Friends who Sweat Together Stay Together. Having friends at the gym is a big motivator, with almost two-thirds (65 percent) saying they would go to the gym more often with a buddy.

In addition to opening its doors to all teens ages 15 – 18 all summer long, Planet Fitness also offers extremely low prices and a variety of benefits, including a hassle-free environment, brand name cardio and strength equipment, fully equipped locker rooms, flat screen televisions and much more.

For more information on the Teen Summer Challenge, including how to sign up for the free membership at any of the more than 1,700 Planet Fitness locations nationwide, visit PlanetFitness.com/TeenSummerChallenge.

**NO PURCHASE NECESSARY TO ENTER OR WIN. Void outside 50 U.S./DC and where prohibited. Open to legal residents of the 50 U.S./D.C., who are 15-18 years of age (with parent approval if under age of majority). Begins 12:00 a.m. ET on 5/15/19; ends 11:59 p.m. ET on 9/2/19. Odds of winning depend on total number of entries received. For complete Official Rules, eligibility, and free entry details, visit https://www.planetfitness.com/sweepstakes-rules. Sponsor: Planet Fitness Franchising LLC, 4 Liberty Lane West, Hampton, NH 03842 USA

*** NO PURCHASE NECESSARY TO ENTER OR WIN. Void outside 50 U.S./DC and where prohibited. Open to legal residents of the 50 U.S./D.C., who are 15-18 years of age (with parent approval if under age of majority). Begins once the first post is live (approximately 7:00am ET) on 5/23/19; ends 11:59 p.m. ET on 8/28/19. Odds of winning depend on total number of entries received. For complete Official Rules, visit https://www.planetfitness.com/sweepstakes-rules. Sponsor: Planet Fitness Franchising LLC, 4 Liberty Lane West, Hampton, NH 03842 USA.

*****Online survey conducted by Kelton Global on behalf of Planet Fitness to 1,001 nationally representative American teens aged 15 – 18 and their parents, with a margin of error of +/- 3.1 percent.

About Planet Fitness
Founded in 1992 in Dover, NH, Planet Fitness is one of the largest and fastest-growing franchisors and operators of fitness centers in the United States by number of members and locations. As of December 31, 2018, Planet Fitness had more than 12.5 million members and 1,742 stores in 50 states, the District of Columbia, Puerto Rico, Canada, the Dominican Republic, Panama and Mexico. The Company’s mission is to enhance people’s lives by providing a high-quality fitness experience in a welcoming, non-intimidating environment, which we call the Judgement Free Zone®. More than 95% of Planet Fitness stores are owned and operated by independent business men and women.