Story by Linda DuVal. Leadville is feeling like it’s on top of the world. Because, at 10,152 feet in altitude, it is the highest incorporated city in the United States. And it’s a fun place for an affordable, laid-back kind of weekend getaway with a perfect mix of outdoor activities and insight to some essential Colorado history.

You can’t tell the story of Leadville without telling the story of Horace Tabor and the Matchless Mine.  Tabor purchased the mine in 1879 and at first it produced little silver.

Then he hit pay-dirt and it became one of the richest silver mines of the era, estimated to have produced $7.5 million worth of the precious mineral. In those days, that made Tabor fabulously wealthy.

But Tabor, though married to Augusta, a highly respected businesswoman in her own right, began an open affair with Elizabeth McCourt Doe, known as “Baby Doe,” which became a major scandal. Tabor left Augusta and married his mistress, with whom he spent the rest of his life until he died of appendicitis in 1899.

By then, the mine was failing and Baby Doe died in poverty, alone and frozen in her cabin. An opera has been written about it, “The Ballad of Baby Doe,” a staple of the Central City Opera.

If you want to know how an 1800s mining town looked, just visit Leadville. There’s plenty to fill a weekend or more. 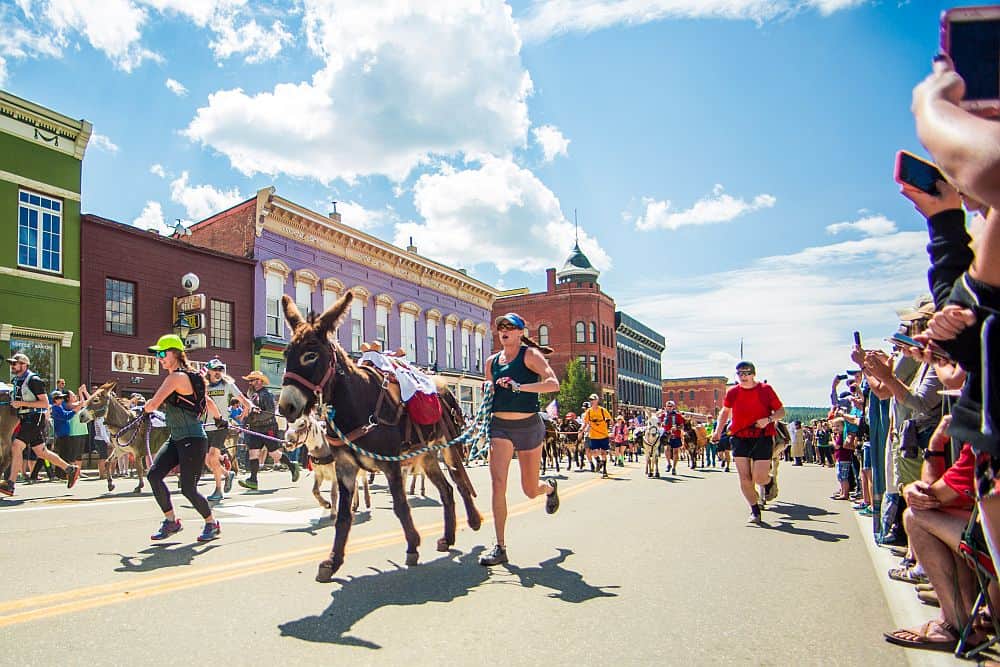 It’s all around you. Colorado’s two highest mountains, Mount Elbert (14,433 feet) and Mount Massive (14,421 feet) rise on the west and the Mosquito Range to the east, crowned by another Fourteener, Mount Sherman (14,036 feet).

Surrounded by more than a million acres of national forests and public lands, it’s paradise for hikers, backpackers, campers, mountain bikers and those who lust to climb Colorado’s Fourteeners.

This mining mecca on the National Register of Historic Places features 70 square blocks of homes and businesses that have weathered the test of time – an ambitious walking tour, if you decide to take it.  Free walking tour brochures are available at the Visitors Center office (809 Harrison Ave.)  downtown.

Be sure to stop in at the Western Hardware Company. This is not your Daddy’s Ace. It’s a unique blend of hardware store and antiques shop, a two-story wonderland of everything from 78 rpm records to the pages from mining operation logs. And it’s all for sale, some of it pretty cheap. But it’s free to browse – and delightful, too.

For a real kick in the ..um, pans, check out Leadville’s Boom Days, the first weekend in August, the highlight of which is the annual Pack Burro Races. Spectators love this event and it’s free to watch.  Their motto: We’ve Been Hauling Ass for 70 Years!

If you plan to visit in winter, don’t miss the annual Leadville Ski-Joring event, held the first weekend in March. For those who don’t’ know, ski-joring is “a competition where a horse and rider pull a skier at a fast pace through a course that has gates, jumps and rings.” It’s pretty wild and really fun to watch and that’s FREE. 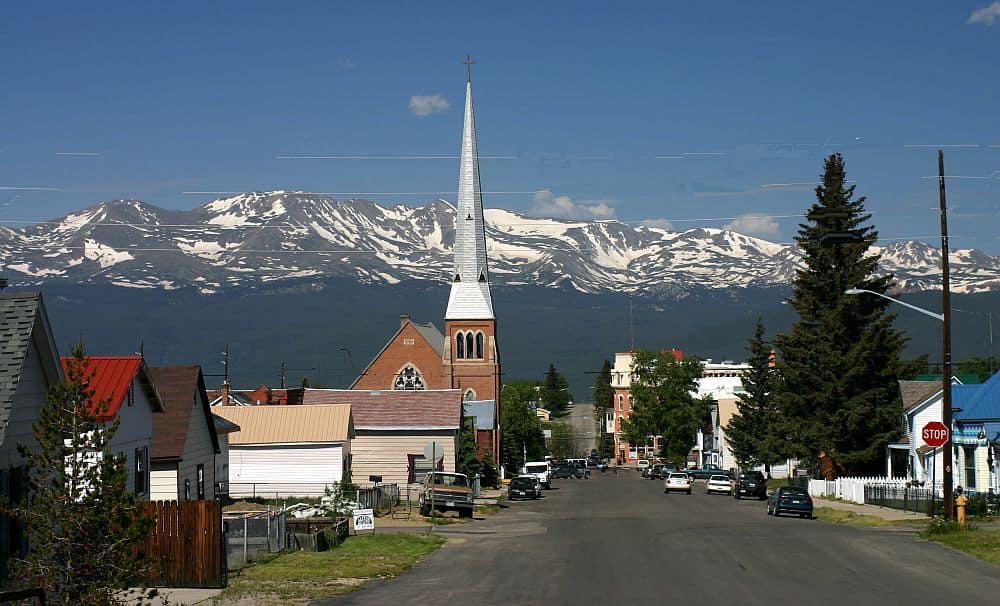 Leadville is the highest incorporated city in the United States. / Rick DuVal photo

If you go in winter, and you like to ski, nearby Ski Cooper  is a family-friendly resort with short or non-existent lift lines. Prices, compared to some of the state’s other ski areas, are quite reasonable. And it even has ski school for beginners. (Hint:  It’s even cheaper if you purchase lift tickets 48 hours in advance online.)

Leadville is one of the best-preserved mining towns in the state and brags that it “has more original turn-of-the-century buildings and houses than any other mountain community” as well as “more museums and historical sites per capita than nearly any other city in Colorado.”

Museums include: Healy House and Dexter Cabin, the Heritage Museum, the National Mining Hall of Fame Museum and Matchless Mine, the House with the Eye, Temple Israel, Tabor Home and the Tabor Opera House. A Museum Passport, also available at the Visitors Center, will give you information on all of them. Most are quite within a family’s budget. 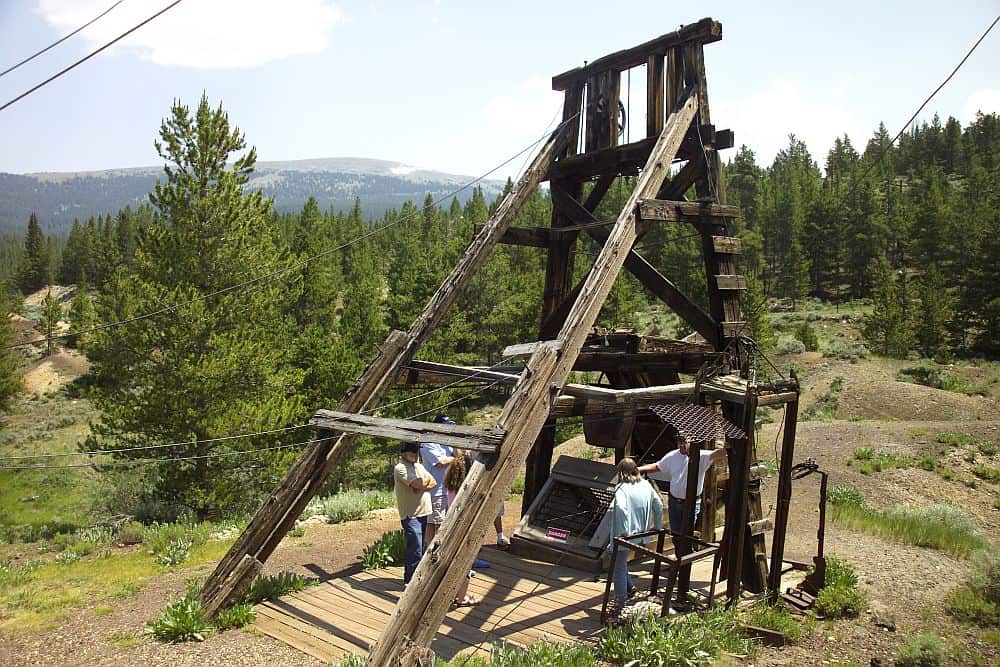 All of Leadville’s museums are interesting, but our favorite it the National Mining Hall of Fame & Museum, which is, even if you’re not all that interested in mining, pretty fascinating! You’ll see everything from gold dust to large chunks of the coveted mineral; you will learn about the minerals you eat every day; you’ll see a life-sized replica of a typical hard-rock mine; and much more.

The museum is open all year, but the famous Matchless Mine, which it now owns and for which it offers tours, is only accessible in the summer months.

Not convinced? Don’t take our word for it. The place was a Tripadvisor 2020 Travelers’ Choice Winner, meaning they think it is in the top 10 percent of attractions worldwide.

Admission for the Hall of Fame is $14 for adults, $12 for students, AAA members and retired military, and FREE for children younger than 6. Active military get in FREE during the summer.

The mine tour is $8 per person for the self-guided tour, $14 per adult for the guided tour, $12 for students, AAA members and retired military. Combination tickets are also available.

If you’ve never ridden an old mining-era train, it’s worth the experience, but if you’ve done more ambitious routes in Colorado, the Leadville, Colorado and Soouthern Railroad  train might not stack up to some others. However, it is a shorter ride, which is great for kids who get impatient on some of those longer routes. 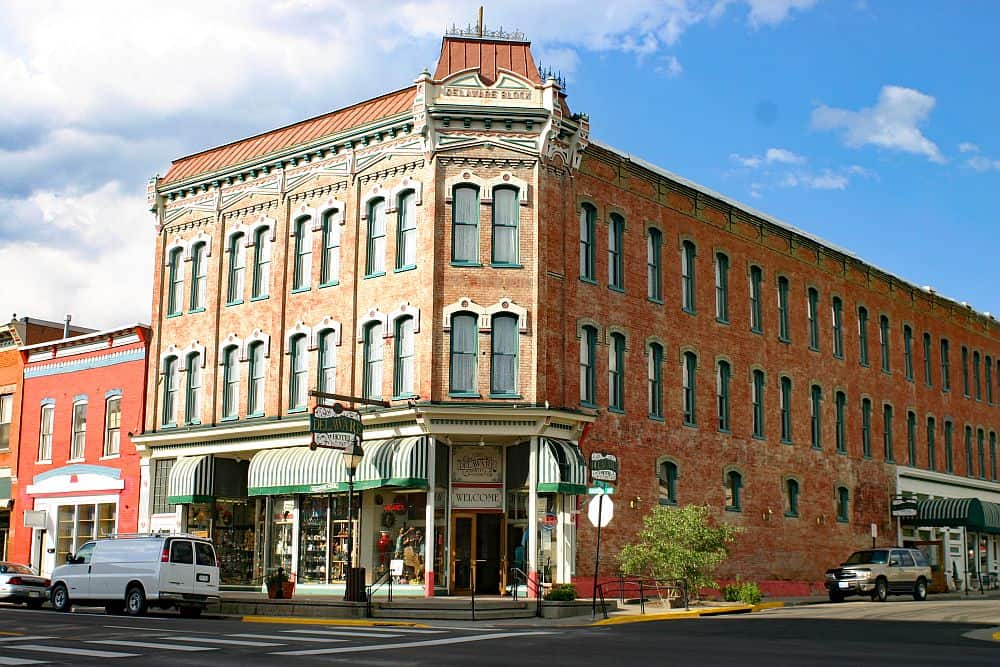 Leadville has ample lodging, including some well-known chain motels outside the historic district, but also some tiny houses and private rooms for budget-conscious visitors (under $100 per night) and many are dog-friendly.  And if you’re really on a budget, there are many campgrounds in the area.

If you want to splurge, consider staying at the Delaware Hotel. It’s a historic property that makes you feel like you should be unpacking your bloomers and mustache wax. This grand Victorian hotel is a remnant of the town’s glory days and is currently undergoing major renovations to make it even more comfortable while retaining its historic flair.

There’s a wide array of lodging available. MHOTC has a partnership with aRes Travel that allows you to search for the best deals on hotel rooms.

Go here. Then, type in your location (in this case Leadville, Colorado), along with check-in and check-out dates.

When it comes to dining, you won’t find a McDonald’s here due to the historic district designation, but locals love Buchi’s, a Cuban-style breakfast and lunch spot with a patio, High Mountain Pies with wildly creative pizzas, or the Golden Burro, an all plant-based foods eatery.  They reportedly have some great pastries.

Want to go a bit upscale? Try the TreeLine Kitchen with such offerings as local lamb, roasted salmon and whatever is fresh seasonally. Check out the rooftop dining for amazing views.

From Denver: Take I-70 West to Colorado Highway 91 and go west. It’s about 100 miles and just shy of 2 hours diving time in normal traffic.

“48 Hours” is a series of easy getaways within driving distance from Denver. Linda DuVal is an award-winning travel writer and former travel editor at the Colorado Springs Gazette.