Find our current round-up of Broncos deals here. Denver is always rootin’ for the Broncos to win. However, there’s a little more “hunger” in our collective cheer because of the tasty deals typically offered every season. A victory is even sweeter because of the freebies and discounts fans can tackle around town following game day. However, this season, so far, we’ve only been able to confirm two deals… 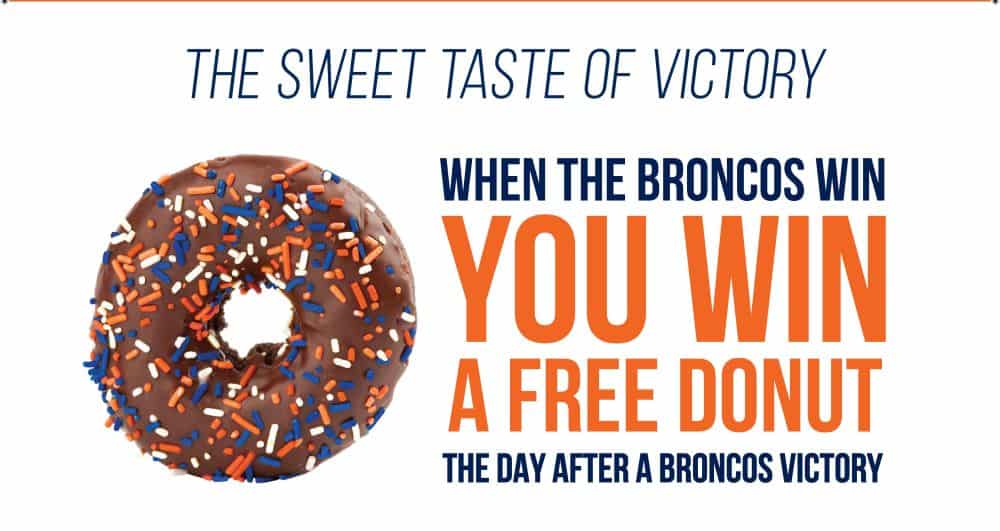 During the regular season, King Soopers customers get a FREE donut, the day after a win — available all day. The offer requires the store’s shopper’s loyalty card at checkout. Limit one donut per customer.

As fans know by now, your best bet is to tackle the freebie early in the day because many locations run out of donut by late afternoon or early evening. 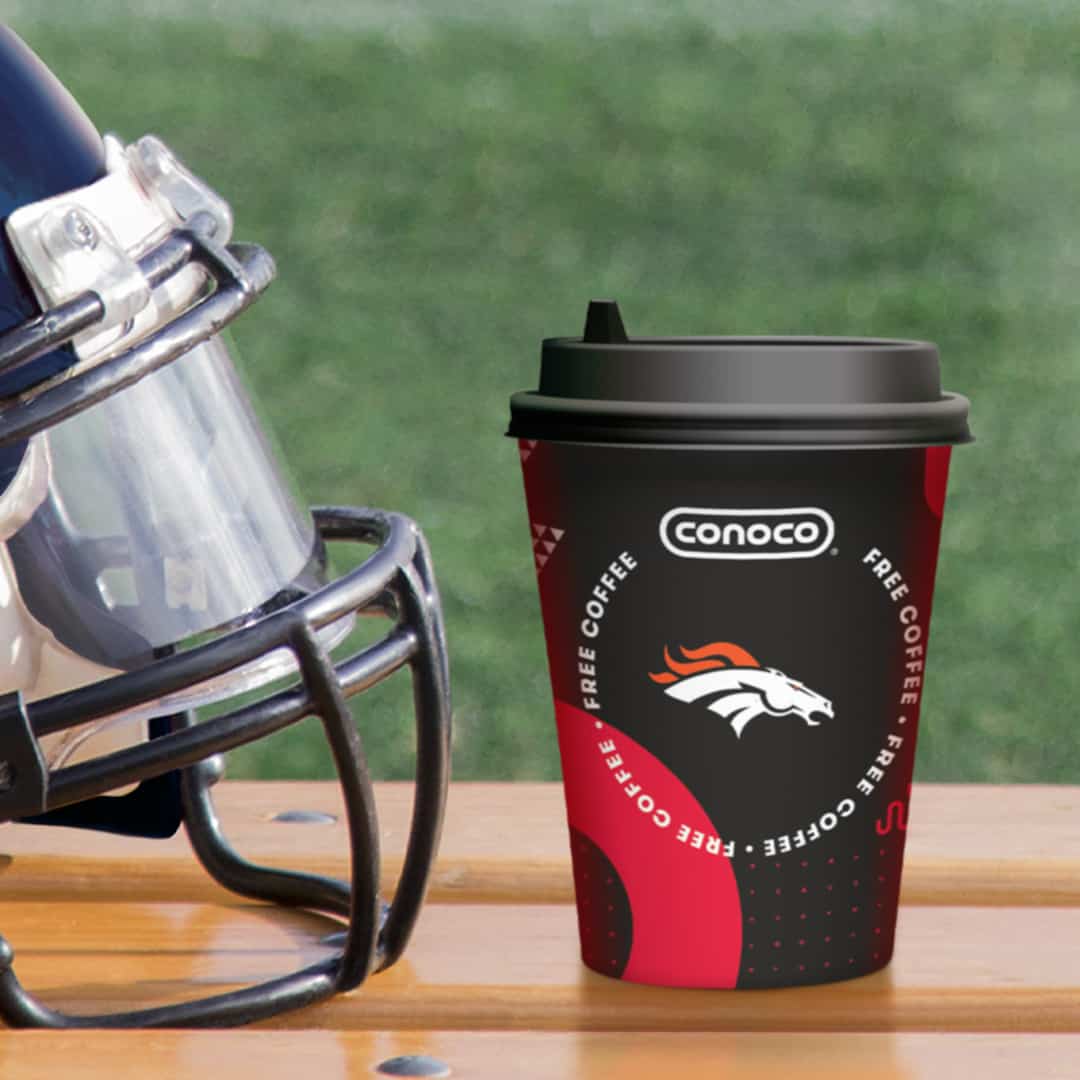 Get revved up at Conoco! Fans score a FREE coffee (12-oz.), the day after every game — available all day.

In the past, there have been deals from Arby’s and and Pepsi. However, none of those deals have been confirmed for 2022.

We’ve been in direct contact with the Denver Broncos’ marketing team and waiting for confirmation of more deals. Once we get more details, we will publish our annual round-up.

Plus, if you spot any deals around town, let us know at bryan@milehighonthecheap.com.

One comment on “Are There Any Broncos Deals This Season?”