← Need Free Wi-Fi? Here’s Where To Find It
4 Ways To Get Wine Delivered To Your Door, Including Local Wine Shops That Deliver →

We’ve found some info on how to stream some of the paid movie and TV platforms for free. These aren’t hacks. Instead, some of the popular TV networks and digital movie platforms are offering month-long free trials. So you can sign-up, binge-watch and then cancel before any monies are due, though the service hopes you’ll love them so much, you’ll continue your subscription. Here are some options. 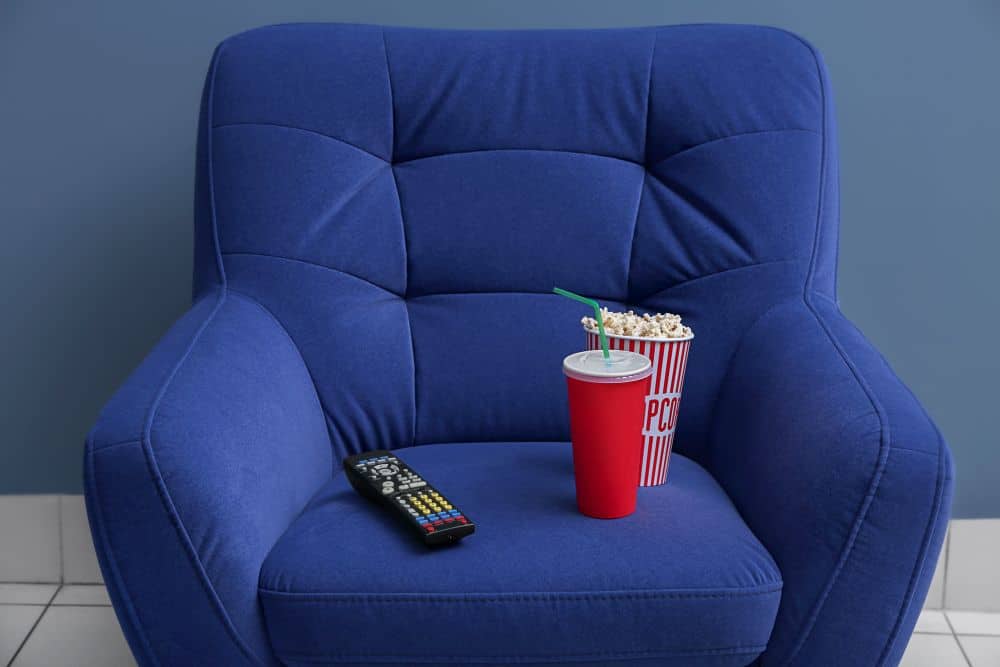 CBS All Access is making its service available at no cost through April 23. You need to use the promo code GIFT or ALL when signing up. The streamer’s original series include Star Trek: Picard, Star Trek: Discovery, The Good Fight, Why Women Kill, Tell Me a Story, The Twilight Zone and Interrogation. CBS All Access also offers access to most current and past CBS shows, as well as select classics such as Beverly Hills, 90210, the original Beauty and the Beast, Family Ties and Twin Peaks.

Subscribe to Showtime before May 3 without paying a subscription fee for 30-days (new customers only). Those who sign up will be able to access Showtime’s original series, documentaries, specials, and movies through the online streaming service via Showtime or on the Showtime app. That includes Homeland, Billions, Ray Donavan, and On Becoming a God in Central Florida. Entertainment Weekly  has a tip: Penny Dreadful: City of Angels premieres Sunday, April 26, which will also mark the series finale of Homeland. Plan your 30 days accordingly.

Shudder — AMC’s platform dedicated to horror, thriller, and supernatural — is offering a free 7-day trial period. However, if you use the promo code SHUTIN you should get 30 days. The service includes films like Revenge, classics like Halloween, prize winners like Oldboy, and titles from Oscar winner Guillermo del Toro’s list of the best 2017 movies, like Tigers Are Not Afraid. Shudder also features shows, like the comic adaptation of NOS4A2.

Typically $6.99 a month or $59.99 a year, Sundance Now can be accessed for free for 30 days using the promo code SUNDANCENOW30. The March 2020 slate includes films like The Other Boleyn Girl and shows like The Restaurant. There’s also The Little Drummer Girl, Oscar nominee Florence Pugh’s TV series with Alexander Skarsgaard, as well as A Discovery of Witches, the television adaptation of the acclaimed fantasy book trilogy.

This one is on my list. Acorn TV, the American subscription service from the U.K., offers a 30-day free trial using the promo code FREE30. You’ll find a ton of British TV shows: Manhunt (pegged as the next Bodyguard), Queens of Mystery (starring Julie Graham), Murphy’s Law (starring The Hobbit’s James Nesbitt), Marvellous (with Toby Jones), and more. Apparently, there are like 30 seasons of Midsomer Murders, a wonderful mystery series set in a rural part of England (though you wonder why anyone would like there since there seems to be a serial killer every week).

Okay, so Kanopy has always been free. The platform from public libraries and universities is still a great option to access films, children’s programs, and educational videos — for nothing! You’ll find films such as Lady Bird, What We Do in the Shadows, Moonlight, Hereditary, Eighth Grade, The Florida Project, Her Smell, Logan Lucky and more.

One comment on “Just Added: CBS All Access! How To Stream Some Movie & TV Services For Free”