No one really cares about my beliefs and I totally get it. Religion and spiritual beliefs are such a personal touchstone for each of us that, in truth, it really only matters to you. Whatever brings you comfort and peace belongs only to you, so I’m not going to babble about how I think it all works. (As is true for most of us, I have no idea. The best quote I’ve heard about life is from the late author Michelle McNamara, “It’s chaos. Be kind.” It’s a rule I try to follow. However, some days, it’s a struggle, when you encounter so many rude people in the world.)

In any case, the purpose of this post is to share an interesting experience I recently had that made me rethink the universe and my own life (and death.) I wasn’t actively looking to read any books about spirituality or the universe.

However, somehow, the book Signs: The Secret Language of the Universe by Laura Lynne Jackson came into my world — completely by chance or so I thought. I read a few pages and figured I’d probably just add it to the shelves of the many books unread in my home.

(Don’t we all have dreams of reading more? I know I’m not alone. If anything, the books give the appearance that I’m well-read, so there’s that.)

However, I kept reading. In the introduction, she got me with the notion that there’s “a reason” her book entered my life path. How could you not continue reading? (For the record, this is not a sponsored or affiliate post. It’s all true.)

The book reviews the author’s beliefs about the universe, the energy of love and what she calls “spirit guides.” According to her, we all have a “Team of Light” on the other side watching out for us on this side — usually loved ones, but, sometimes, spirits we’ve never met. I was skeptical, but kept reading.

The book is much more deep and thoughtful, but I’m summing it up (poorly) for time’s sake. One of the main themes in the book is that the universe is always showing you signs you’re on the right path, as well as signs from your “guides”, but only if you’re open and present to witness them.

This is where it gets weird and interesting.

I finished the book within a day or two and couldn’t stop thinking about the possibilities the universe may (or may not) present to each of us. I was telling a friend about it and wondered if he ever received any signs from his Mother who passed away nearly 10 years ago. (Important Fact: His initials are DMS.)

He recalled a brief experience of seeing a woman at the end of his bed, after she passed, but didn’t think much of it at the time. Was he dreaming? Was it just his overwhelming grief?

He mentioned how much he’d love to have a sign from his Mother that she’s still with him. That was it — just a quick conversation between friends, no serious thought given.

We spent the day running errands together and had lots of options in both our time and travel plans on how to accomplish our goals for the day. At the last minute, tired and exhausted, we begrudgingly decided to make one more stop at a second grocery store. A stop that was completely unnecessary.

We passed a few open parking spots for some odd reason and parked further away from the entrance. As soon as we pulled in, my friend gasped. I looked up and the personalized license plate on the car directly in front of us read DMS MOM. (I get teary again, even just writing about it now.)

We couldn’t believe it. We both sat there stunned, experiencing a combination of joy and sadness with a little disbelief. (Okay, lots of disbelief.) The experience altered the way I look at the universe.

There were so many reasons for us not to come to that moment, but, in retrospect, it must have been something greater guiding us to that exact parking spot. The message from his Mother could not have been any more clear and direct. She will always be with him. 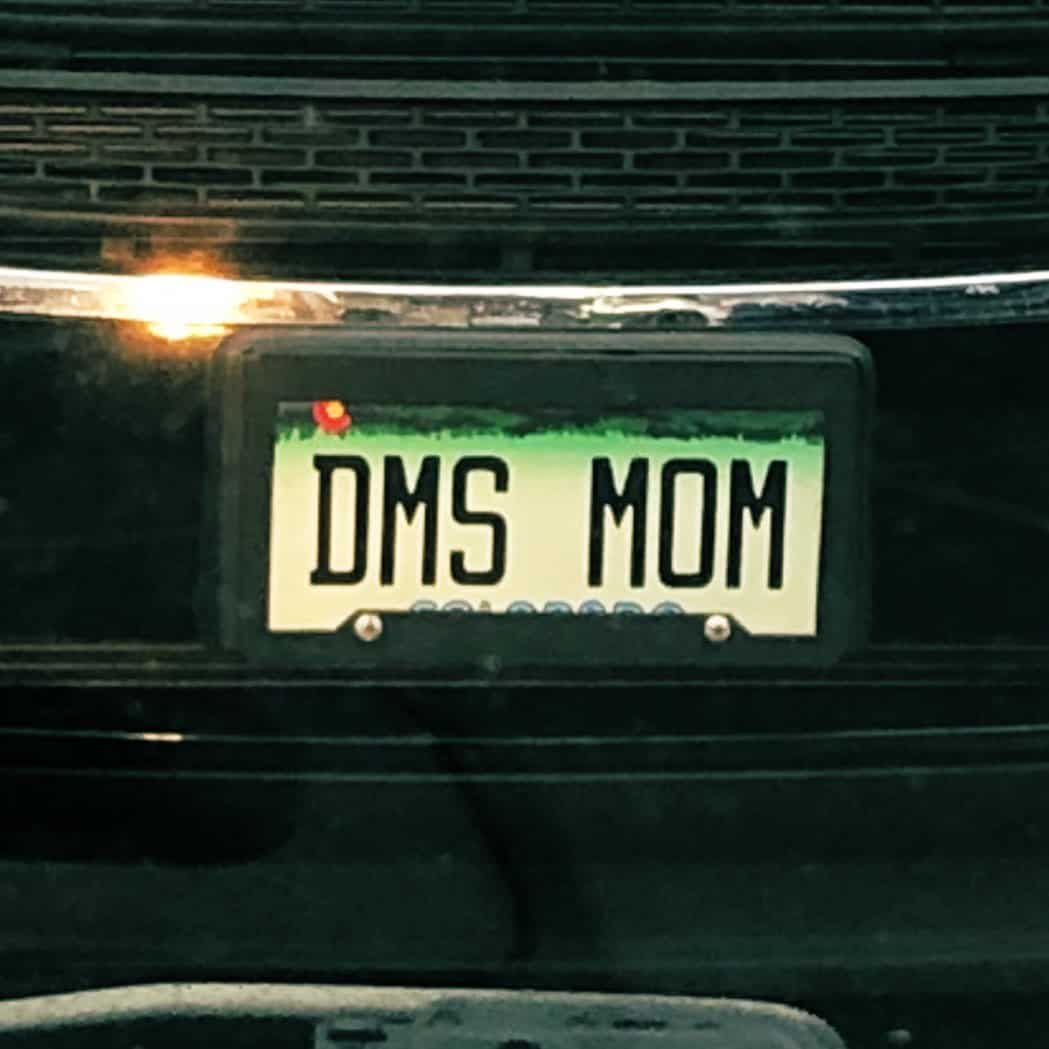 The author also encourages readers to ask for specific signs from the universe. Not to say that it will magically manifest right in front of you immediately, but it will appear to you in due time.

Maybe not in the literal physical form, but in a variety of different ways — an image through a song on the radio, an unexpected encounter or, well, the possibilities are endless.

For no reason, a blue diamond appeared in my head, as I finished the book. As a result, I secretly whispered to the universe, “If I’m on the right path, I want to see a blue diamond.” I did not tell anyone. I made it my mission to keep my eyes and ears open looking for any sign from the universe.

A few weeks passed and no blue diamond. Maybe I’m not on the right path? Should I be splurging more rather than saving money? (Never!) To my astonishment, the day I gave up on seeing any sign from the universe, I found my blue diamond.

At Target, I nearly crashed into a fellow customer coming out of from an aisle in a rush. On the back of his arm, right above his elbow, was a single tattoo — a diamond (as in gem) in various shades of blue.

Had I or he made any change to our movements (even by just a second or two) in the store or, as a matter fact, in the day, we would not had this chance encounter as complete strangers.

For him, I was probably nothing more than a nuisance, but, to me, it was a much more meaningful experience. Again, the sign from the universe could not have been any more clear.

Finally, just a few days ago, I was thinking of a friend who I had not talked to in several months. I was about to send her an e-mail about the movie “The Farewell” (which I had just seen earlier in the day), knowing she would like it.

However, I was running late for a movie sneak preview (yes, I love going to the movies), so I had to wait to send her a quick note in my rush to get out the door. Walking into the Landmark Greenwood Village, I hear, “Bryan!” I look up and it was the friend I was just thinking about, Lynn. Guess what movie she had just seen? You guessed it! “The Farewell.”

Maybe, there’s more to this “universe thing” than I know. The collective experiences make me rethink all those times I thought about a loved one and suddenly their favorite song played on the radio. Or those chance encounters I deemed random, but thought, at the time, “I was just thinking about you.”

Notably, I recall the time I was headed to my Aunt Lucy’s funeral, nearly 10 years ago, and, in highway traffic, a car darted in front of me. I was caught off guard, but, mainly, because the license plate frame on the Volkswagen was from the TV show “I Love Lucy.” At the time, I simply thought the odds of that happening must be astronomical and left it at that.

Why have I always felt deals, discounts and coupons seem to find me? Are my “spirit guides” also bargain hunters?

I know it may seem silly, but I’m starting to wonder how my passion of saving money has led me to this point in my life — sharing deals with so many loyal, wonderful readers, like you. (I meet so many MHOTC readers unexpectedly at the oddest times. I no longer think it’s just a coincidence because it happens too often.)

While I will always be on the look out for sale signs, I’m now keeping my eyes out for the bigger signs in my journey.

I have read many books in my life. (To be fair, as of late, mostly audio books. That counts as “reading”, right?) However, rarely has a book had such a profound shift on my perspective of all things I knew to be true. I’m looking forward the next sign from the universe. Purple banana, where are you? (Prince fans will get my reference.)

Have you ever had any signs or chance encounters that seemed coincidental, but left you thinking, “That was weird”?

UPDATE: I had a cousin pass away a few weeks ago. Her family nickname was Gigi. I have now seen the name Gigi in three unexpected places, since she passed away. It’s not a common name, so it’s highly unusual.

I have never seen the name in anywhere ever before, but, now, all of the sudden I’m seeing it everywhere. It just makes me wonder how much the universe is working for each one of us to live our best life.

Yours in Cheapness – BKC