The ghouls and goblins are brewing some new fun this Halloween season in Denver. Though in some cases kids are allowed, these events are really for the older set. Think horror show themed bars, artsy costume contests, devilish discos and haunted Halloween parties. There are spirits to see and taste, twisted tales to delve into and plenty of ways to celebrate the movie Hocus Pocus.

Many of these options are free or on the cheap side, but there are few splurge. However one thing remains consistent, each of these 20 events proves perfect for those looking for some spooky fun this October. 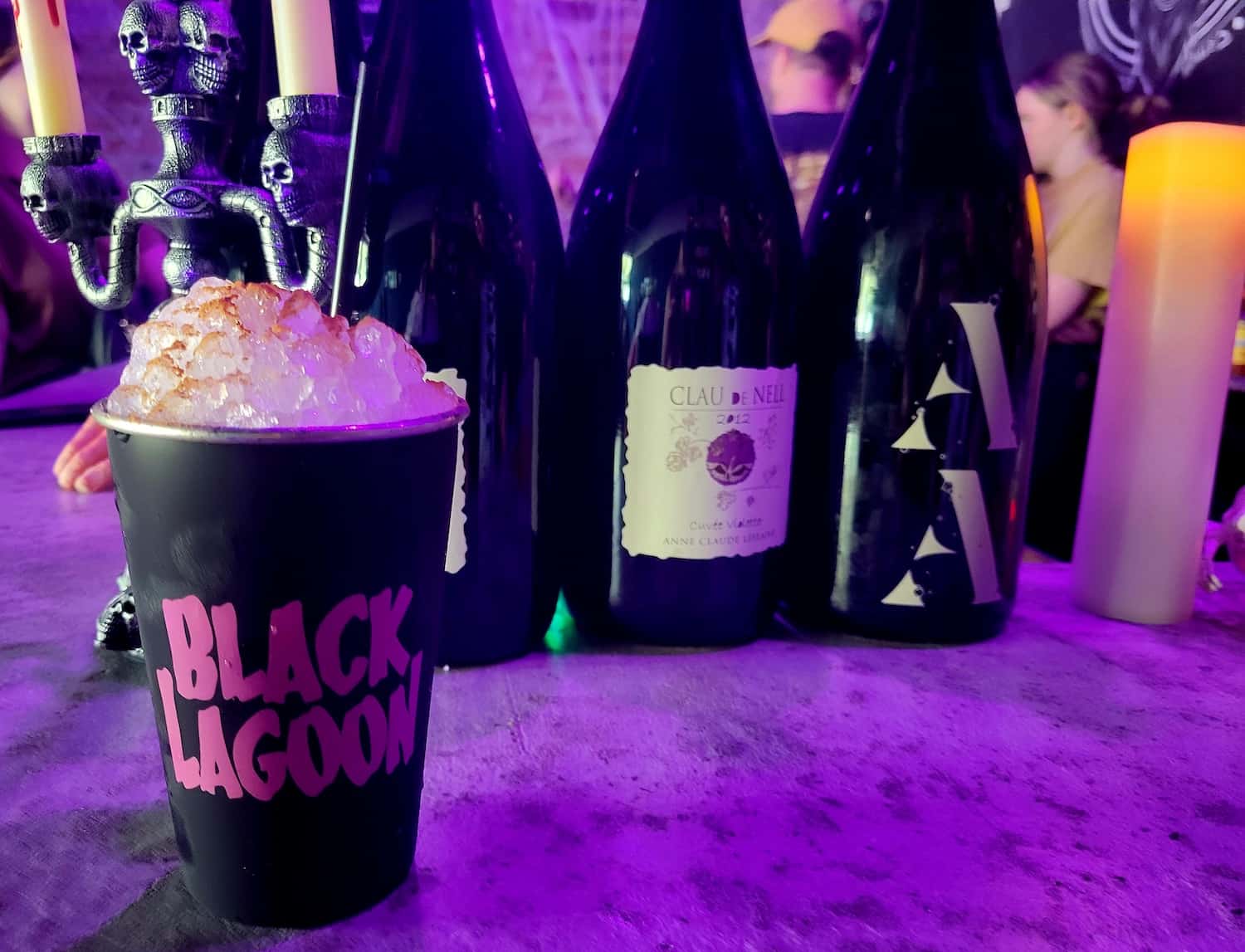 Sip on a spooky specialty cocktail at Yacht Club. Photo by Linnea Covington

The normal Yacht Club (3701 N Williams St., Denver) is a laid back bar with killer cocktails, but through the month of October the bar becomes a haven for all things spooky.

Namely, the Black Lagoon pop up, an outside organization that will turn the Clayton neighborhood hot spot into a gothic, horror movie themed watering hole.

Special drinks feature whimsical names such as Holy Diver, Lillith’s Cup and Blood Rave. Expect food too,  and the menu may include black hot dogs and other devilish delights.

The cocktail bar is open Wednesday through Monday from 4 pm to 2 am, no reservations needed. And yes, there will be classic scary movies projected daily. 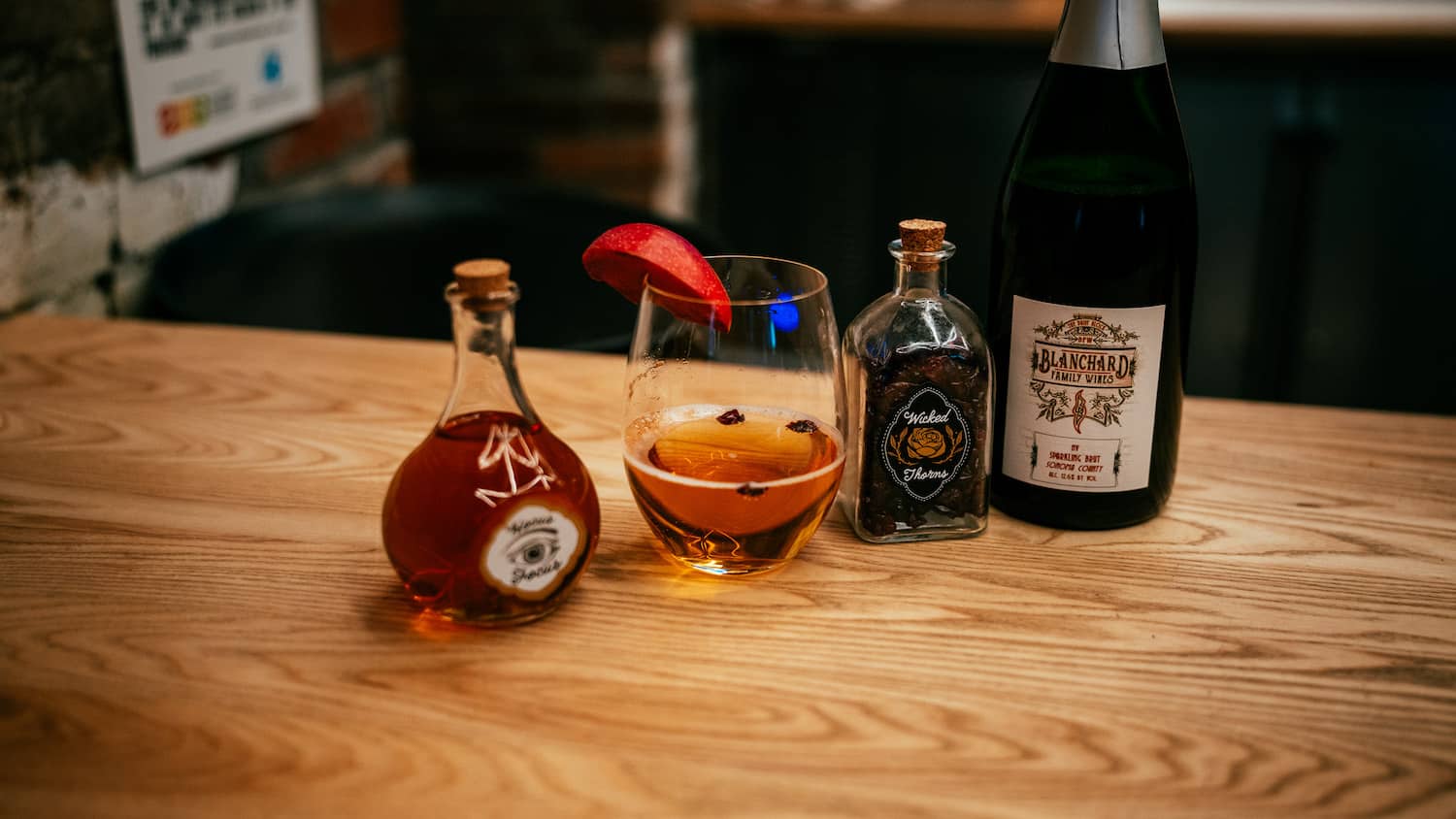 Sip your treats this Halloween at the Dairy Block downtown (1800 Wazee St., Denver). Most of the spots in the food hall will feature a specialty cocktail starting October 21st and until the 31st.

Best part, all the beverages have a horror or seasonal theme. For example, get the Zombie Tiki, inspired by Zombieland, for $14 at Deviation Distilling; or the $14 Mystery Machine, inspired by Scooby Doo, at Poka Lola Social Club; and for $13, Blanchard Family Wines’ Apple Cinnamon Cranberry Autumn Dance, inspired by Hocus Pocus.

No reservations needed, and you can find a complete list of participating spots at dairyblock.com.

Get ready for an immersive Halloween experience on the sixth floor the Thompson Denver (1616 Market St., Denver). The normal bar inside the hotel will be transformed into four sections featuring a haunted forest, room of phobias, cursed graveyard, and library of oddities and curiosities, all with adult trick-or-treating.

The fun starts on October 27 and runs through 31. Though not on the cheap side, for $75 guests can enjoy passed appetizers, live DJs, and entertainment including a stilt walker, contortionist, mentalist and creepy interactive crow.

Book tickets in advance here. The event starts at 5 pm and runs till midnight on Thursday, Sunday and Monday, and until 2 am on Friday and Saturday.

Dress up in your best costume and head to Icehouse Tavern (1801 Wynkoop St. #150, Denver) for an epic bar crawl on October 29. From 4 pm to midnight wander from bar to bar, all covers waved, and try some special drinks.

The tickets also gets you entry into the $1,000 costume contest and photos taken by a professional photographer along the way.

Tickets start at $10 and includes two drinks and, for the first 400 participants, a commemorative cup. While all the drinks aren’t included, there will be plenty of drink and food specials. Buy tickets here. 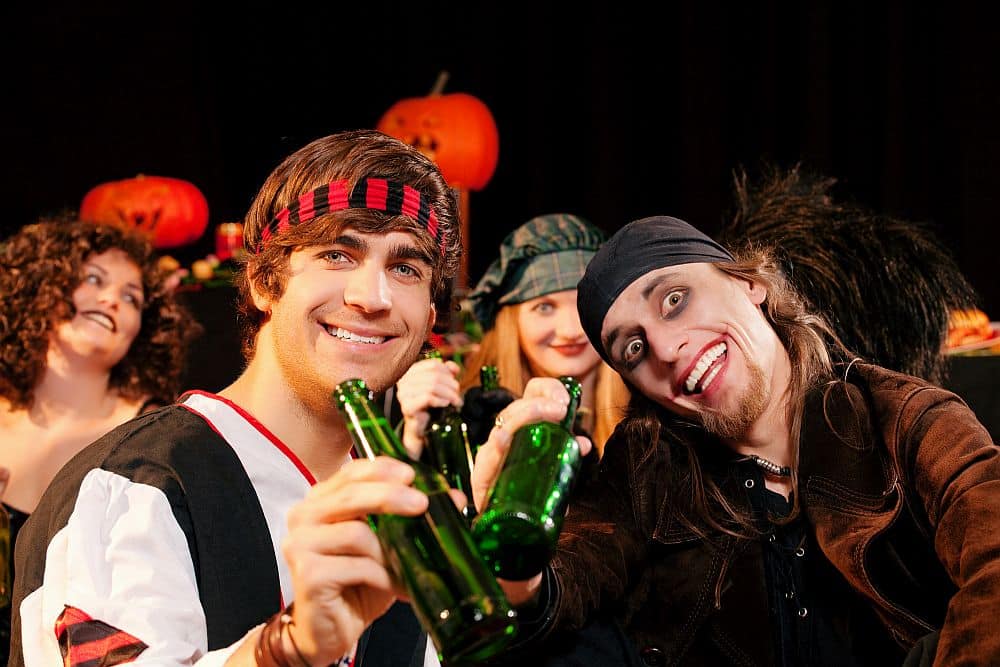 Leave your brains at home on October 29 and join the annual LoDo Zombie Crawl. The fun starts at 7 pm and the living dead walk until midnight. There are over a dozen venues to check out, each with either food or booze (or both).

The ticket includes a welcome shot (starting place TBD), map of the crawl, discounts and freebees at each place, and passes for select nightclubs.

Get tickets for $25 right now on Eventbrite.com, though they will go up to $35 once the cheaper ones sell out. 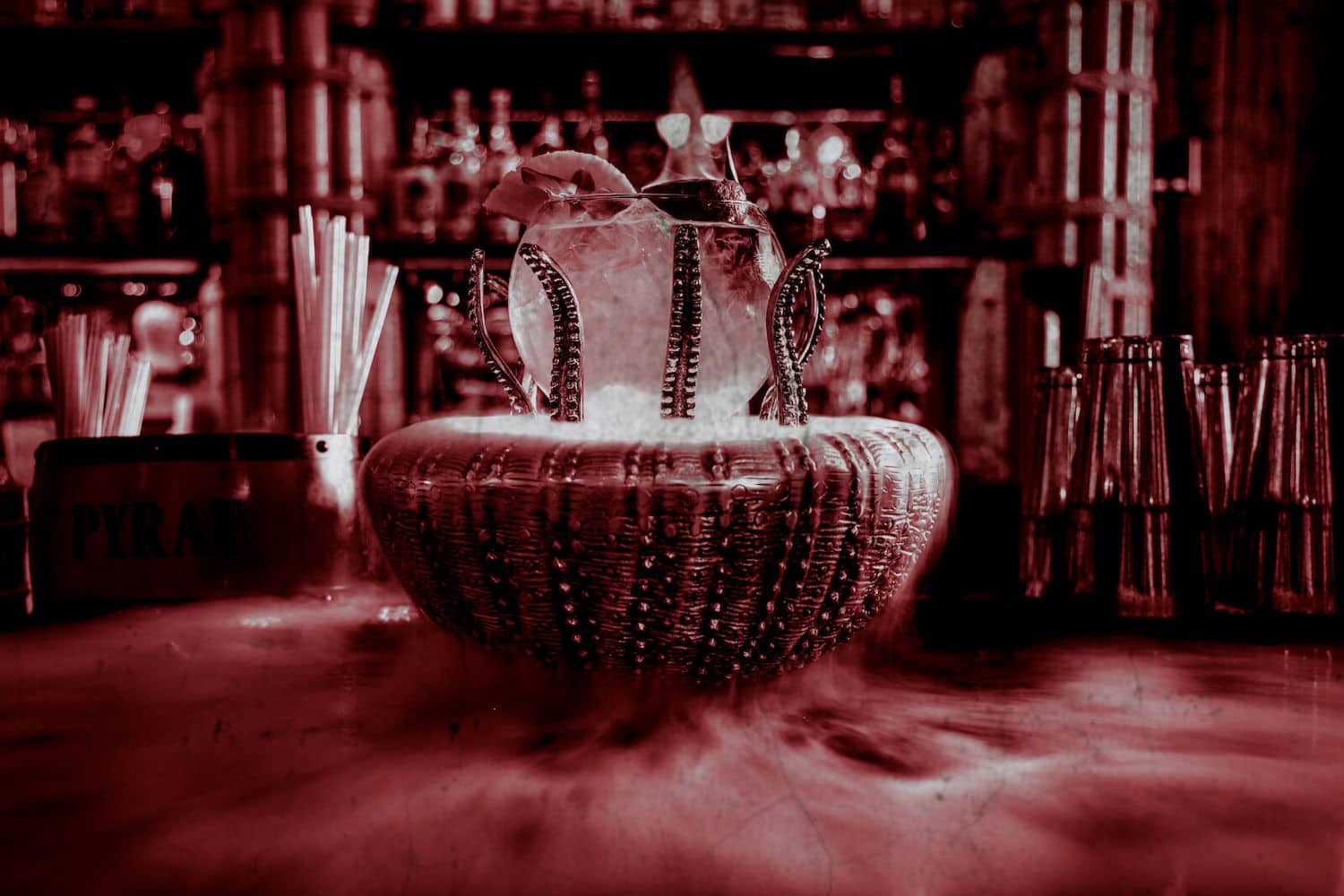 Get a spooky tiki drink this Halloween. Photo by Adrift Tiki Bar

Bring your shrunken head to Adrift Tiki Bar (218 S Broadway) this October 29 for an all-out Halloween bash from 8 pm to midnight. Expect spooky cocktails, a costume contest, music by DJ Phurn, the Freaky Deaky Drag show featuring Stella Diver, Allsypce, and Gila Moonstar, fire performances, a photo booth, food truck, and more.
Tickets are $25 in advance or $30 at the door. Buy them via EventBrite. as soon as possible. Space is limited to 80 people, all 21 and up.

Head to Convergence Station (1338 1st St., Denver) for a night of creatures, strange happenings, Thriller dance lessons, monster movies and so much more.

Those 21-years-old and up can venture to Meow Wolf on Wednesday, October 26 from 5 to 10 pm for an adults-only Halloween party. Costumes are encouraged, but face coverings and masks are not permitted.

Tickets run $49 each, but include full access to each of the three levels of Convergence Station, as well as surprises around every turn. Yes, cocktails can be purchased and enjoyed throughout. 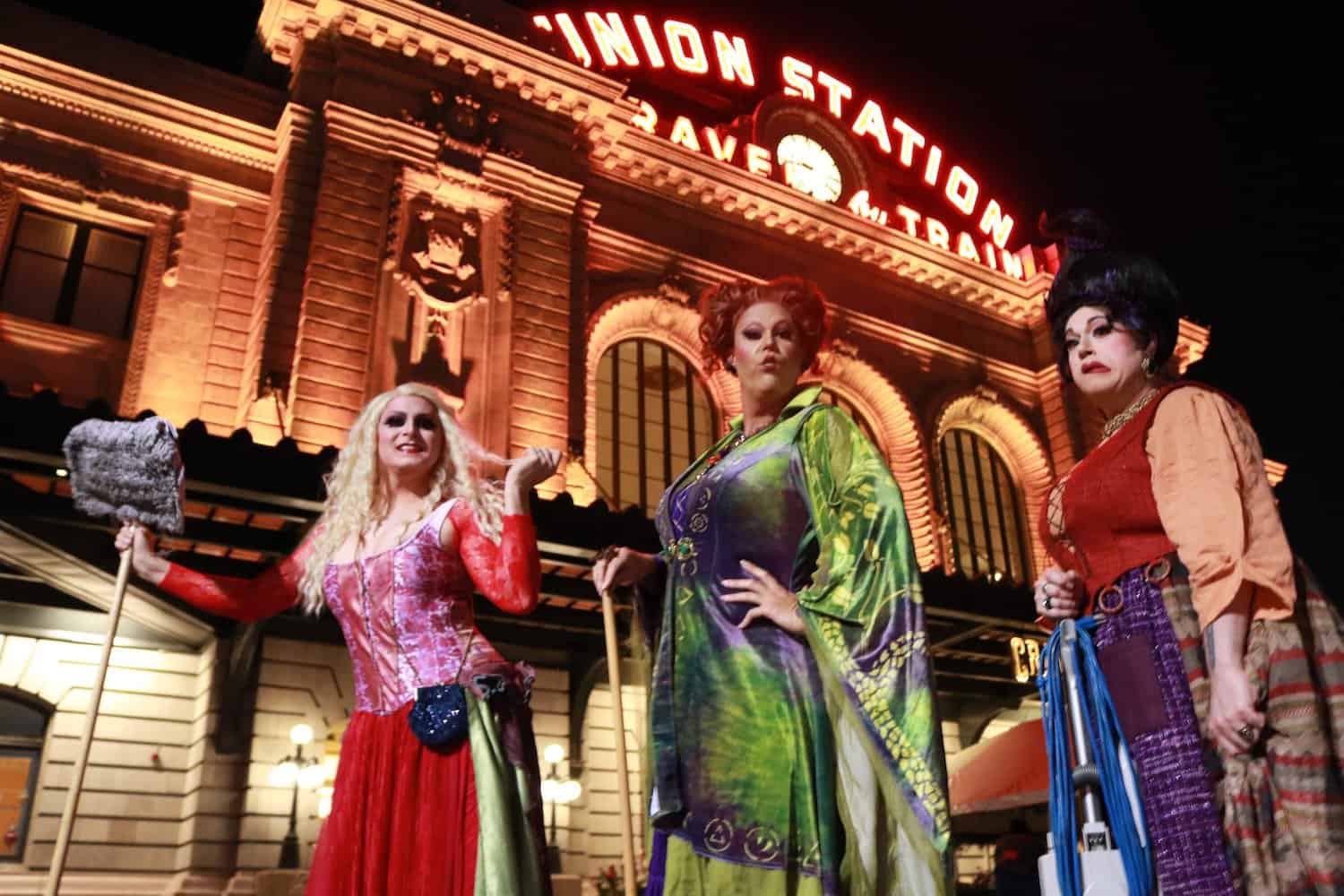 Dress like a character from the movie Hocus Pocus! Photo by Denver Union Station

Join your drag queen hosts, aka the Sanderson Sisters, Dixie Krystals as Winifred, Daphne DeCoteau as Sarah, and Candy Babylon as Mary.

Tap into all things witchy, though any Halloween garb and tiny backpacks are totally game. There are prizes for the best costumes as an iconic duo, the witchiest witch of the decade and “that’s so 90s.”

Unfortunately, the early bird prices are sold out, but tickets are just $40 for complete access, the drag show and a cocktail. Find tickets here.

Calling all LGBTQIA and their community and allies, come celebrate Halloween on October 28 with drag, DJs, dancing and spooky surprises.

Hosted by Krisa Gonna, the night features music by The Andersons and will go from 7 pm to 1 am at Fort Greene bar (321 E 45th Ave., Denver).

Just $15 gets you entry to the 21-plus party (drinks extra). just make sure to put on your most fabulous costume.

Bonus, all proceeds from the event go to Transformative Freedom Fund. Tickets available here via Eventbrite.com. 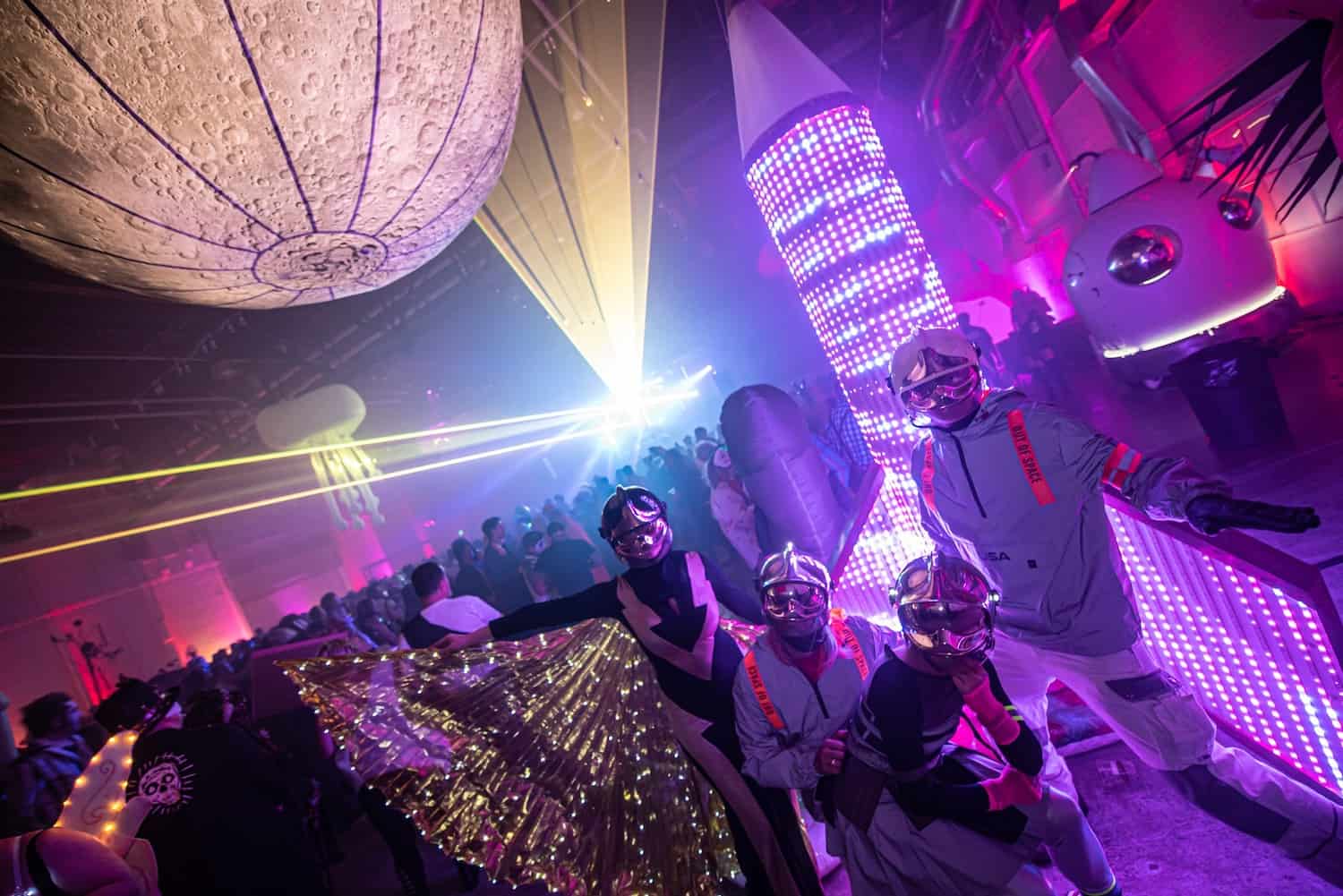 Head to the ultimate Halloween party. Photo by Coloween

Expect a lot of fun, costumes and people at this extravagant Halloween party, dubbed Coloween. On October 29, starting at 8 p.m. and going to the wee hour of 2 am, expect immersive experiences, interactive displays, two stages, around 1,000 costume contests, 40 bars, and a fashion show of people dressed like your favorite celebrities.

Tickets start at $42, a nice splurge for a party that’s part performance, part adventure and 100-percent perfect for the season.

The theme this year is “fantasy and fashion,” so get planning before you head to the Stockyards Event Center (5004 National Western Dr., Denver).

Yes, even more frightening fun can be hand this month at Convergence Station (1338 1st St.). On Saturday, October 29 the House of Flora will play an 18-and-up event with the ultimate dance party.

The focus is on the dance movement of Vogue, an art form coined by black and Latino trans and queer people, and tonight it’s all about it.

Tickets start at $25 and doors open at 8 pm. Wear your costume and bring your dance moves, just make sure to leave any mask or face covering at home.

Exotica Erotica Ball at The Riverside

This is the ultimate adults-only Halloween party, after all, it’s basically a sexy masquerade. Think kink, but with a gothic twist.

For $35 guests can wander the The Riverside in Boulder (1724 Broadway, Boulder), marveling at acts such as burlesque, aerialists and the headlining band, The Jezzebelles. Look out for kink and fetish stations too, furthering the naughty nature of this yearly fete.

Costumes are required to enter, the more risque the better. Reserve a ticket now for the Monday, October 31 party via EroticBall.com. The ball runs from 9 pm to midnight.

Wear your costume and strap on your dancing feet during this quiet, but loud, party in Louisville (640 Main St., Louisville). Those 21-and-up can attend the silent disco on Saturday, October 22 from 9:30 pm to 12:20 am.

There are three channels of music to choose from, and prizes for the best costumes. Tickets start at $14 but go up to $18 day of. Get tickets now here. 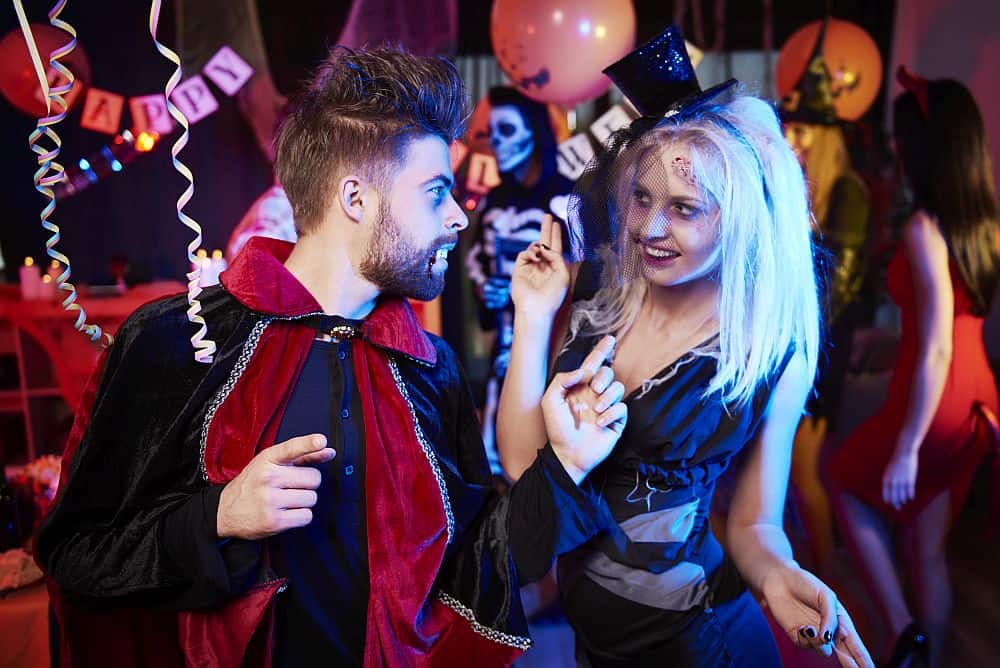 Get into the groove and dance the night away on Friday, October 28. Costumes are encouraged for this special Halloween 21-plus show featuring As We Rise, Fell Harvest, Blood Of Lilith and A Vintage Future.

Meow Wolf is taking over the theater on Saturday, October 29 and hosting an 18-and-up show featuring SG Lewis and Folamour. It’s music meets art meets a unique sensory experience, all with a devilish disco vibe.

Starting at 7 pm on October 13 you can bring your love of Disney’s Hocus Pocus and showcase how well you remember the film. Or, how many time you have watched it, after all, it’s been around for almost 30 years.

The Denver Improv (8246 Northfield Blvd. Unit 1400) trivia night is free for all, but only for those 21 and up, and who register in advance here.

As for if there will be questions from the new film (coming out on September 30), you’ll have to look into your crystal ball to find out.

Listen to terrifying tales throughout this historic building. Each one is written by long-gone authors and preformed by local actors. Think  H.G. Wells, Ambrose Bierce and Edgar Allan Poe, among other notable writers.

Keep in mind face masks are required to enter the Molly Brown House (1340 Pennsylvania St., Denver), costumes are not, but are always appreciated.

Clara in the Underworld: A Zombie Nutcracker at Horton Theater

Get into the holiday spirit while celebrating Halloween and all things creepy during this unique ballet by Denver’s Thrive Ballet Company, playing at the Horton Theater (120 Bryant St., Denver). 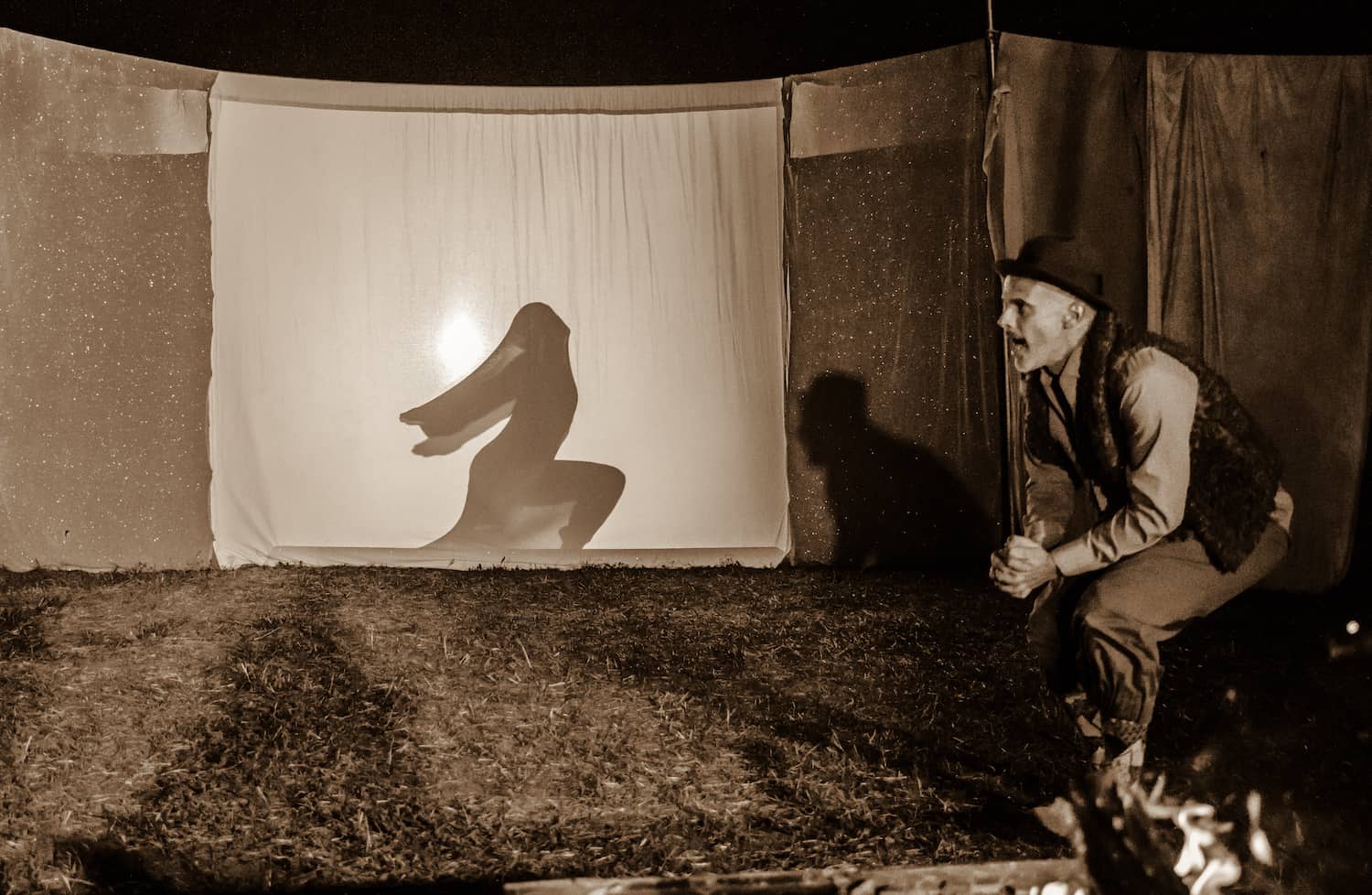 Get spooky with Victorian-style oddities and shows. Photo by Four Mile Park

Explore Four Mile Park (715 S Forest St.) after dark during this special event on October 22. From 6 to 10 pm guests 21 and up can dive into the Grim Mountain Legends, all based on stories of hauntings, murder and the supernatural.

Borrow a lantern and take a self guided tour of the House Museum, which includes a Victorian mourning ceremony.

Other events includes in the $35 ticket include creating your own Victorian coffin plate and creepy corn husk doll to take home.

There will be food trucks and cocktails to buy libations from, as well as tarot readings, a magical marketplace and henna. Purchase tickets here.

On October 29, strap on those running shoes and take off like hoard of zombies is after you. The 5k run starts at Number Thirty Eight (3560 Chestnut Place), and participants are welcome at any age and ability. Though, the craft beer at the end of the 5k is only for 21-years-old and up.

There are two starting times, 10 and 10:30 am, and after the race there will be door prizes, some swag, live music, a costume contest and more. Register here.