Story by Linda DuVal. When you think of Pueblo, perhaps you might think: blue-collar bars, great Mexican food and the Colorado State Fair. Well, you’d be right. But only partly right. Pueblo has evolved in recent years from an industrial burg into a pretty sophisticated city. We’re talking a lively arts scene, fine museums, a blooming Riverwalk and even a great upscale restaurant or two.

Today’s Pueblo has abundant theater, dance and public art, one of the best children’s museums in the nation, a symphony, a thriving local history museum and much more. And it’s eminently affordable. Isn’t it time you paid it another visit?

For starters, there’s a free self-guided walking tour of dozens of historic buildings clustered in the downtown area, including the imposing and historic Union Station. Pick up a copy at the Welcome Center on the Riverwalk. 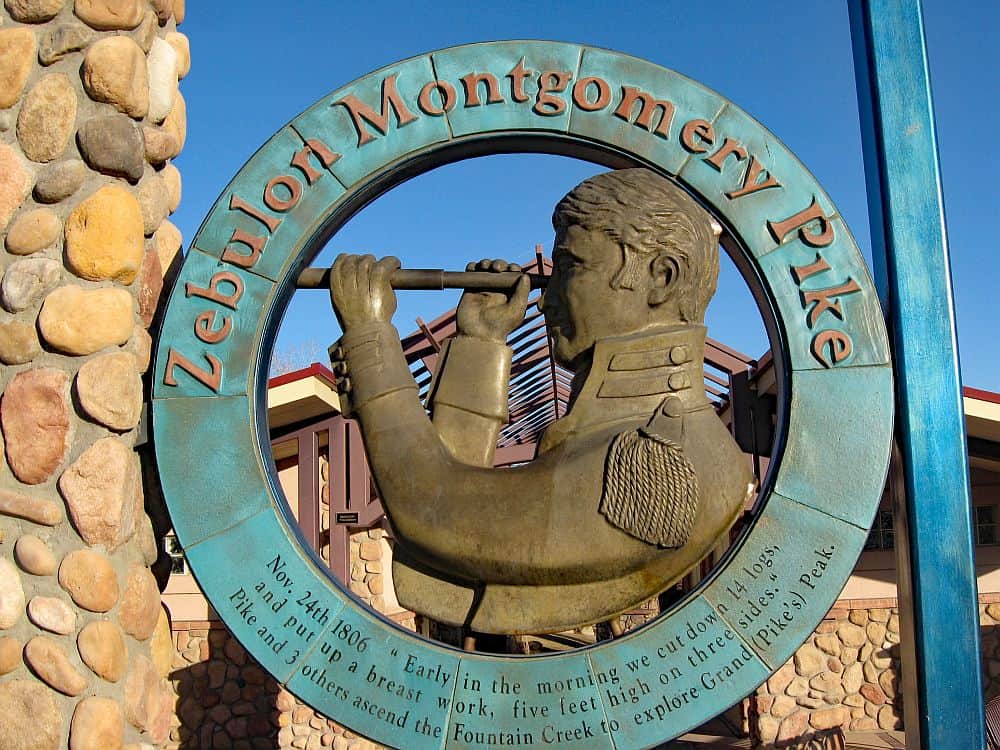 The Riverwalk itself is worth some time. Stroll through the state’s early history (with markers) along the beautifully landscaped pathways lined with flowers, sculptures and interesting local businesses. See the spot where Zeb Pike first spotted the peak named for him. There are often free outdoor concerts going on here when the weather is good.

City Park offers an expansive place to play, with mature trees providing lots of shade, a pond and several perfect spots for a picnic. There’s also a free skateboard park and the trailhead for the Arkansas River Trail. Its top-rated Disc Golf Course is the third oldest such course in the country and is open year-round from dawn to dusk. There is no fee to play.

Everywhere you look, there’s outdoor art, from a wall abutting the Interstate to one of the longest murals in the world along the Arkansas River which bisects the city. Downtown galleries are free to visit and feature some amazing local artists, and everyone is welcome at the First Friday Art Walks, which also feature free live music at the Sangre de Cristo Arts Center.

The Nature & Wildlife Discovery Center River Campus is an oasis within Pueblo, nestled beside the mighty Arkansas River. Here, you can hike, cast your line, bike the smoothly paved American Bicycle Trail System, or meet resident birds of prey at the NWDC Raptor Center. Open year-round, the River Campus is a great spot for a picnic; the garden and botanic displays are beautiful.

If you’re the adventurous type, and own your own kayak, the Pueblo Whitewater Park is located in downtown Pueblo. It is within walking distance of the Historic Downtown District. The park has eight drops and is approximately 1/2 mile long. Warning: This is a real river and not an amusement play park and it’s free but you tackle it at your own risk.

Less adventurous, but curious, folks might prefer shopping for antiques in the Union Avenue district. It’s free to browse and the goods are sometimes fascinating.  Also check out the farm stands on t he south end of town – they may not look like much on the outside, but inside they are packed with goodies. The only risk here is to your wallet.

Finally, check out the Hose Company No. 3 Fire Museum which is free and features antique fire-fighting equipment. Kids dig it.

The third week in September Pueblo draws throngs of chile lovers to its annual Chile and Frijoles Festival. Besides fresh roasted and raw chilies, it features live entertainment, street vendors, cooking competitions, and more. Held downtown along Union Avenue, the festival draws Pueblo residents as well as people from across the state and around the nation. $5 gate admission. 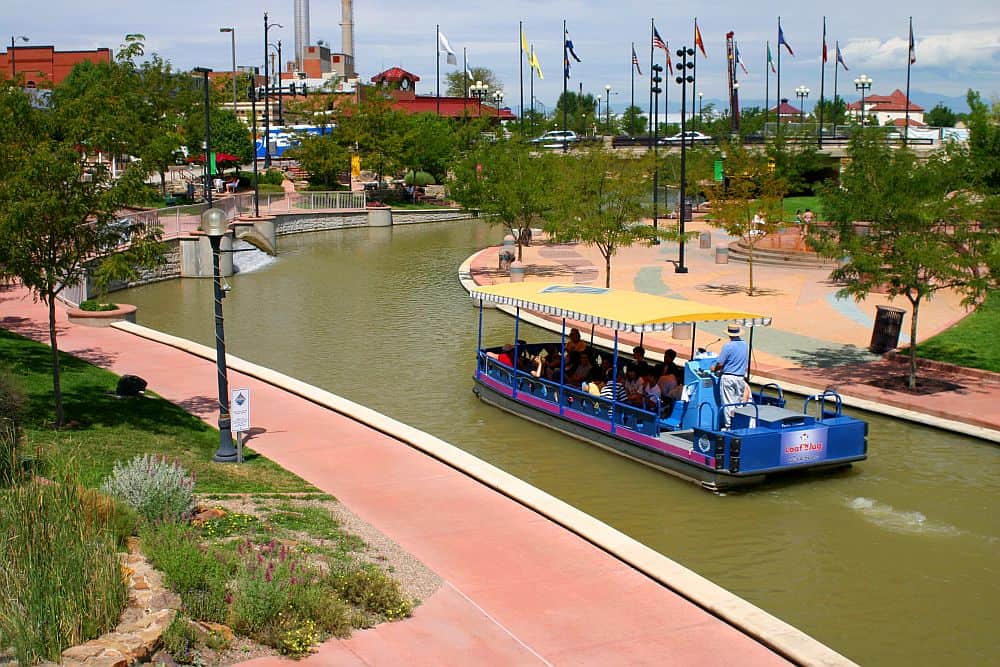 Back to the Riverwalk. consider taking one of the Riverwalk boat tours, a 25-minute cruise through downtown history. Cost is $7 to 8, depending on your age. Dinner cruises, booze cruises and private parties also are   available.  Or rent a pedal boat shaped like a duck or swan and cruise the lake — $10 for 30 minutes and they hold up to 4 people.

History buffs should visit El Pueblo History Museum, which showcases the region’s many cultural and ethnic groups through innovative exhibits and includes a replica 1840s adobe trading post and plaza, as well as the archaeological excavation site of the original 1842 El Pueblo trading post. Admission is $4 to $5 and kids 18 and younger are free.

Really explore Pueblo’s history at the Steelworks Museum, which features exhibits showing how CF&I and related industries impacted the development of the American West. CF&I was a strong force in the history of Pueblo and Southern Colorado and was, at one time, the largest private landowner and employer in Colorado, with ownership of mines and mining towns throughout the West, Admission is $4 to $8 depending on age.

Anther historical site, the Rosemount Museum, is a real gem. Built in 1893, this 37-room mansion was home to the John A. and Margaret Thatcher family for 75 years. Almost all of the furnishings, decorative items, paintings, dishes and woodwork are original. Admission is $5 to $8 depending on age. Call for tour times or reservations: (719) 545-5290.

The beautifully contemporary Sangre de Cristo Arts & Conference Center includes five exhibit galleries, an award-winning children’s museum, a school of dance, a school of arts and a 500-seat theater for performances. Its outstanding Buell Children’s Museum is one of the top-rated children’s museums in the country. Admission to the center is $8 to 10 depending on age and status and also includes the children’s museum. 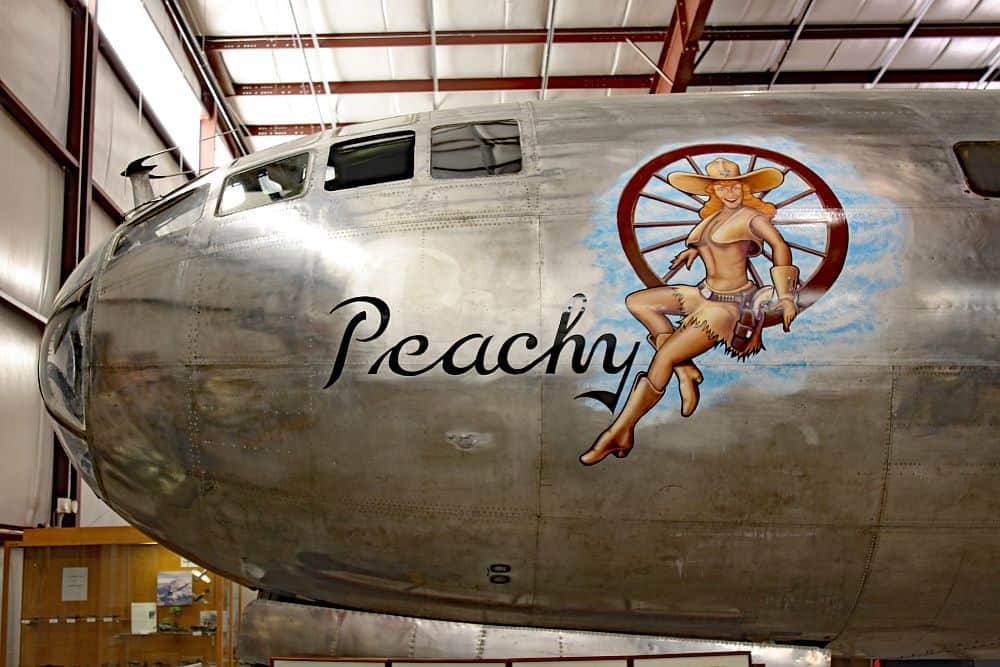 Love airplanes? You’ll get your fill at three hangars plus outdoor space at the Wiesbrod Aircraft Museum. Located out a the Pueblo Airport, it has everything from antique planes to World War II bombers to Blackhawk helicopters. Admission $8 to $10 depending on age, but free for children younger than 7 or for  active military.

The Pueblo Zoo — located in City Park — is a charming, accessible venue with good views of the animals and flat walking paths that are kid- and senior-friendly. And it has a great petting zoo.  Admission 47 to $14 depending on age, including some military discounts.  Just outside the zoo proper is an antique carousel that is open only limited hours — if you’re lucky, you’ll catch it running. It’s a true childhood fantasy.

City Park also has the Rides at City Park, a small amusement park. Mainly geared too kids, most rides are just 25 cents apiece. A few rides, like their carousel and the roller coaster, might take two tickets. 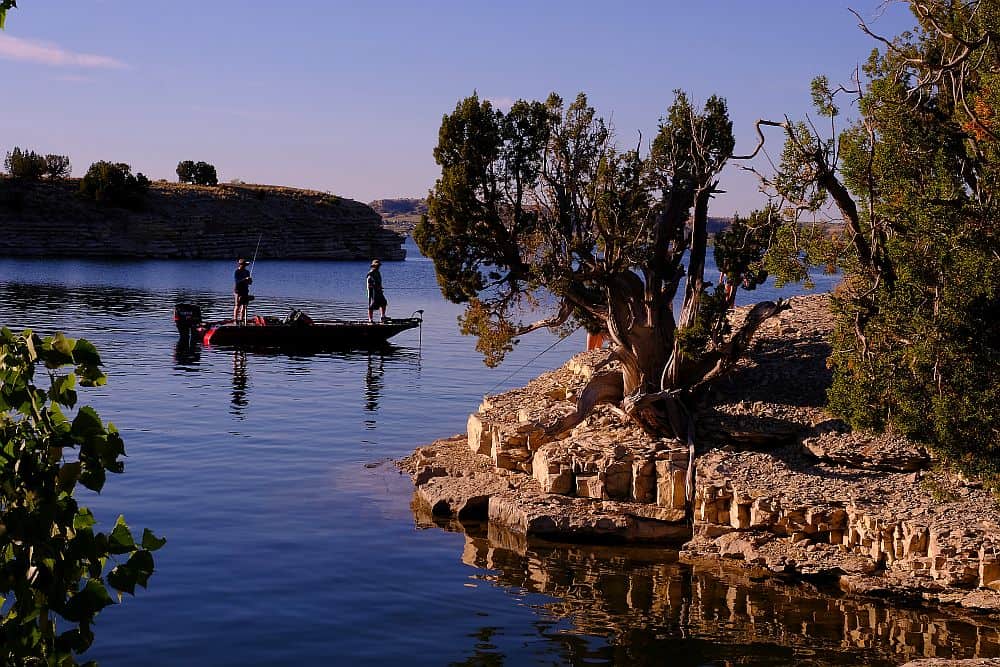 Just outside of town, Lake Pueblo State Park is a mecca for beach-goers, and is considered a fishing hot spot, with more than 4,600 surface acres of water, 60 miles of shoreline​​ on 10,000 acres of land. It boasts frequent sunny days and a mild year-round climate.

Other recreation includes hiking, biking, picnicking and exploring nature. Miles of trails let you discover the beauty of the shady Arkansas River below the dam or the resident 200-year-old Juniper trees.  A daily pass is $10 per vehicle.

Speaking of wildlife, the Pueblo Raptor Center has been rescuing injured raptors since 1981 and rehabilitates them, when possible, for release back into the wild. You might see anything from a tiny burrowing owl to a great golden eagle.  They only do guided tours two weekends a month and admission is $3 to $5 depending on age.

Speaking of wildlife, the Raptor Center has been rehabilitating ill and injured birds of prey since 1981, and when possible, releasing them back into the wild. The Raptor Center is located at the Nature & Wildlife Discovery Center River Campus. You can book a public guided tour to get up close and personal and learn about the raptors’ hunting habits, lifestyle, and lifespan. You might see anything from a tiny burrowing owl to a great golden eagle. Price for a guided raptor tour is free to $5, depending on age.

Wouldn’t you know it? Pueblo still has an outdoor drive-in, the Mesa Drive-In, which just re-opened.  It even has two screens. Get two movies  (a double feature!) for your visit at $11 for adults and $1 for kids 4 to 12.

The Colorado State Fair, a 10-day affair which starts in late August and ends on Labor Day, has been going strong for 150 years.   The price depends on what you want to do. General admission is $7 for kids 5-12, $14 for adults. General admission includes free shows, such a s a juggler or hypnotist, trick dogs and a petting zoo, plus art, food and livestock exhibits.

And though it’s famous statewide for its excellent and distinctive Mexican food and family-friendly Italian eateries, Pueblo’s dining scene also has an upscale side.

Old local favorites include the Sunset Inn and Coors Tavern for their “sloppers,” a Pueblo staple that involves a burger topped with green chile.  Pass Key has several locations and serves up grinders and other Italian specialties – tasty and budget-friendly.

The city’s first brewpub, The Shamrock Brewing Company, not only serves some of the most mouth-melting corned beef and fish and chips you ever ate, but also a popular Sunday brunch.. The award-winning hand-crafted beers aren’t bad, either. Prices are moderate.

If you want to spend a little more, La Forchetta di Massi offers upscale Italian food near the Riverwalk.

For expensive but fine evening dining, there’s Twenty-One Steak. It’s like a New York City bistro transplanted into the West. Think glossy black déco, trendy lighting and a menu you might expect in a major metropolitan dining establishment .

And if you want coffee, there’s no shortage of great coffee bars in Pueblo, Starbuck’s aside. One is the Fifth & Main Espresso Bar. The coffee is great – but the building is the real attraction here. It’s in an elegant old Post Office, with worn marble floors and amazing interior architecture.

Cheap lodging varies from basic motels to tent camping. Pueblo has added some name-brand hotels in recent years, and they’re not always budget-busting.  Word has it, the downtown Marriott is very affordable at certain times of the year, the two Hampton Inns (north and south) also can offer good rates.

MHOTC has a partnership with aRes Travel that allows you to search for the best deals on hotel rooms.

Go here. Then, type in your location (in this case Pueblo, Colorado), along with check-in and check-out dates.

For something more unusual there’ a KOA campground north of town that doesn’t look like much from the outside, but is one of the top-rated ones in the country. Looks can be deceiving. There’s also ls lots of camping available at Lake Pueblo.

Getting there: From Denver, take I-25 south through Colorado Springs and to Pueblo, about 115 miles.

“48 Hours” is a series of easy getaways within driving distance from Denver. Linda DuVal is an award-winning travel writer and former travel editor at the Colorado Springs Gazette.