Esperanto is an action-packed mountain bike film with an added twist. Mixing the rock stars of the sport with a cast of up-and-coming heroes, the film explores how we share our dreams through a universal two-wheeled language. The sacred ritual of the ride might sound different all across the world, but it’s a universal process no matter what language we speak. 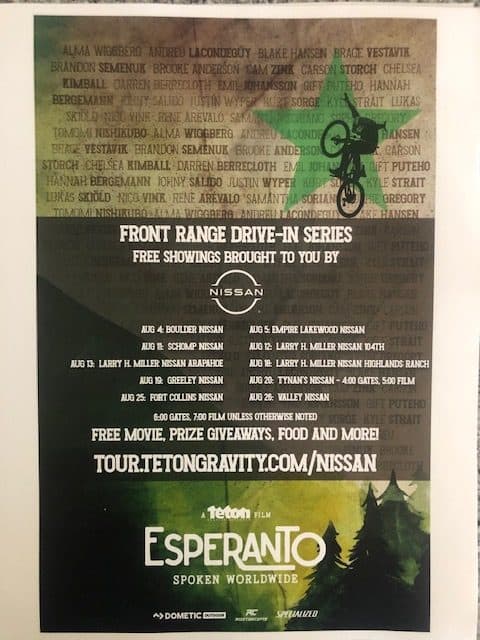 TGR Studios and Nissan have collaborated to bring the action-packed film to outdoor premieres at Nissan dealerships across the front range. The FREE series will take place during the month of August, with FREE Buffalo Wild Wings, prize giveaways and more at each pop-up drive-in event. Find a show near you and get hyped to ride with Esperanto on the big screen.

Here’s the remaining schedule for the FREE screenings:

Please RSVP, so organizers can plan for capacity.