Harkins Theatres has now added all of the nominated films — 10 in total. It’s officially awards season and Harkins Theatres is rolling out the red carpet with its annual Best Picture Film Fest. It’s the perfect opportunity for frugal film fanatics to weigh in on who they think is worthy of the much coveted and iconic golden statue. Catch up on all of the Best Picture nominees in one place and on the cheap! 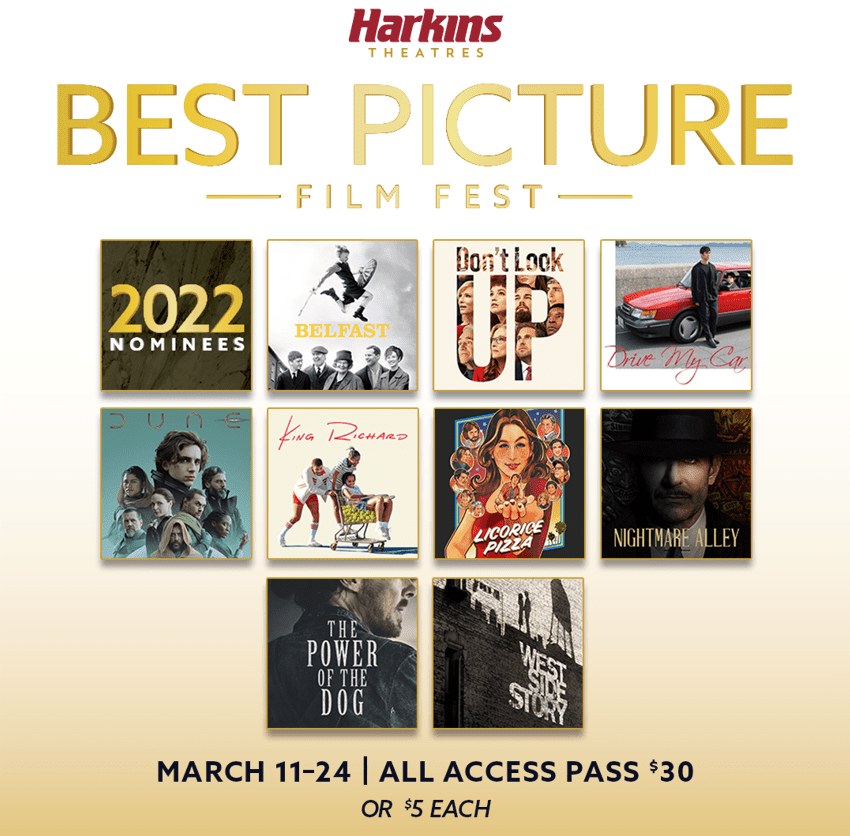 Even better, tickets are at a blockbuster price. Get an All-Access Pass for $30 (includes one ticket to each movie) or enjoy individual screenings for just $5 each. The best deal is the All-Access Pass — see all ten (10) films for just $3 each!

The Arvada 14 is the only location participating in Colorado.

IMPORTANT: Titles and showtimes vary by date. Not every title is shown every day of the fest, so be sure to review the schedule first — especially if you purchase the All-Access Pass.

Find out who takes home the big prize, when the Oscars air on ABC Sunday, March 27.

Which film do you think will win for Best Picture?