Pabst Blue Ribbon Sound Society is kicking off it’s five city takeover, with its first show in Denver at the Ogden Theatre on Saturday, August 25, starting at 9 p.m. Celebrating freedom in authenticity through emerging music and pioneering art, each show highlights emerging national and local artists. 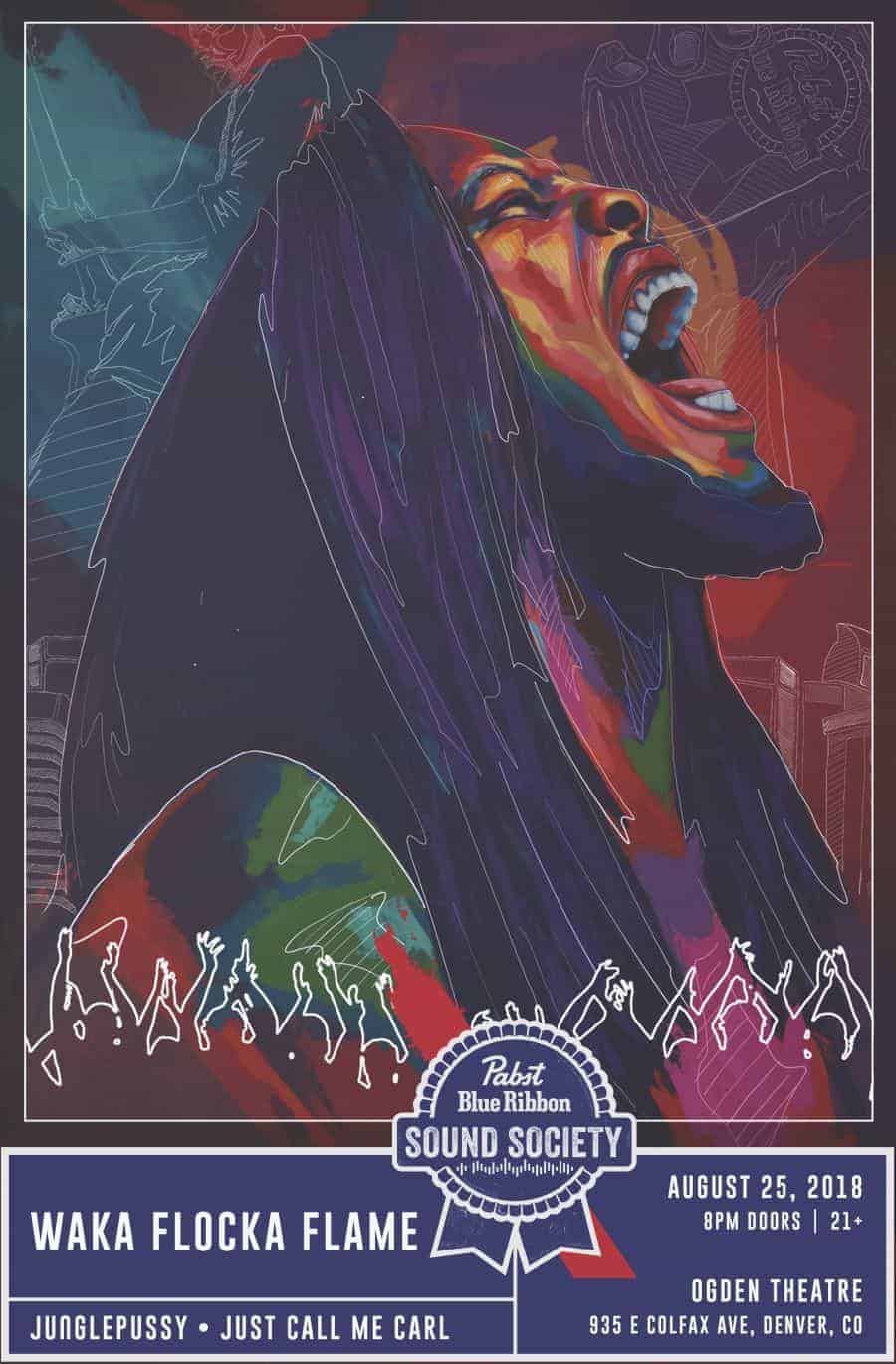 Headlining the Denver show is Waka Flocka Flame. Also appearing are Junglepussy, and local musician Just Call Me Carl, along with local artist Detour. Detour’s art will be featured as the stage backdrop and photo booth backdrop as well. Detour will also be signing the event poster (which he designed) live on-site.

Waka Flocka Flame doesn’t care what you think. The riotous rapper, who penned hits like “O Let’s Do It” and “No Hands,” has undergone an artistic transformation since his 2010 bombastic debut “Flockaveli.” He’s experimented with his sound but always with the focus on growing as a rapper.

The Queens-bred, Atlanta-based MC is always thinking outside of the box on wax. When you hear Waka’s scratchy voice over electro beats by Neon Dreams or Steve Aoki, it’s his way of showing that trap music isn’t his only trick.

“I’m trying to open people’s brains up,” Waka says. “You don’t have to do this kind of music because people say you are this kind of artist. I do electronic music just to get out the bubble.”

Tickets are FREE with an RSVP. You can do so here. This event is for those 21 and older. The Ogden is at 935 E. Colfax Ave., Denver.