Look up in the sky! It’s a bird! It’s a plane! It’s FREE Comic Book Day! Super heroes knows that plans change in a flash, so, this year, the event has been expanded. It’s now FREE Comic Book Summer! (This year marks the 19th year for the colorful giveaway.) As part of the celebration, comic book shops throughout the country give away comic books for FREE. Fans will find lots of new titles and series released for the super-charged event. 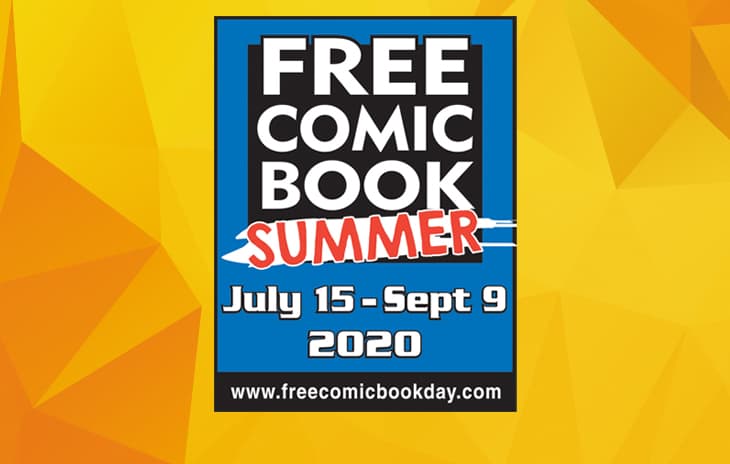 What exactly is FREE Comic Book Day? Watch this video to learn all about it.

The annual event usually takes place on the first Saturday in May. However, this year, the plans changed (thanks to you know what) and now it’s been rescheduled for this summer. The extension allows for the accommodation of social-distancing and store capacity regulations across the country

From July 15 to September 9, comic shops will receive five to six FREE Comic Book Day titles in their weekly shipment.

Release of the titles will vary by shop, as retailers are encouraged to release the books as necessary for their unique circumstances.

One retailer might release one title a day, while another may make all of that week’s titles available at once. The change is designed to be flexible and customizable, so retailers and fans can get the most out the event.

As a result, double-check the event details (including store hours) of your area’s participating shops.

Here are a few of the participating shops:

The titles are designed to appeal to a broad range of tastes and run the gamut from superhero stories, to TV and movie tie-ins, to sci-fi adventures, all-ages tales and beyond.

Plus, there will be two educational support titles from the Comic Book Legal Defense Fund and Gemstone Publishing.