Music lovers and fans know the most expensive item in their entertainment budget is concert tickets. And many are hoping to unwrap concert tickets on December 25, so this holiday special from The Fillmore Auditorium makes them more affordable for Santa Claus. And, with live music slowly making its return to the big stage, fans are anxious to get back to the fun and energy of going to concerts. 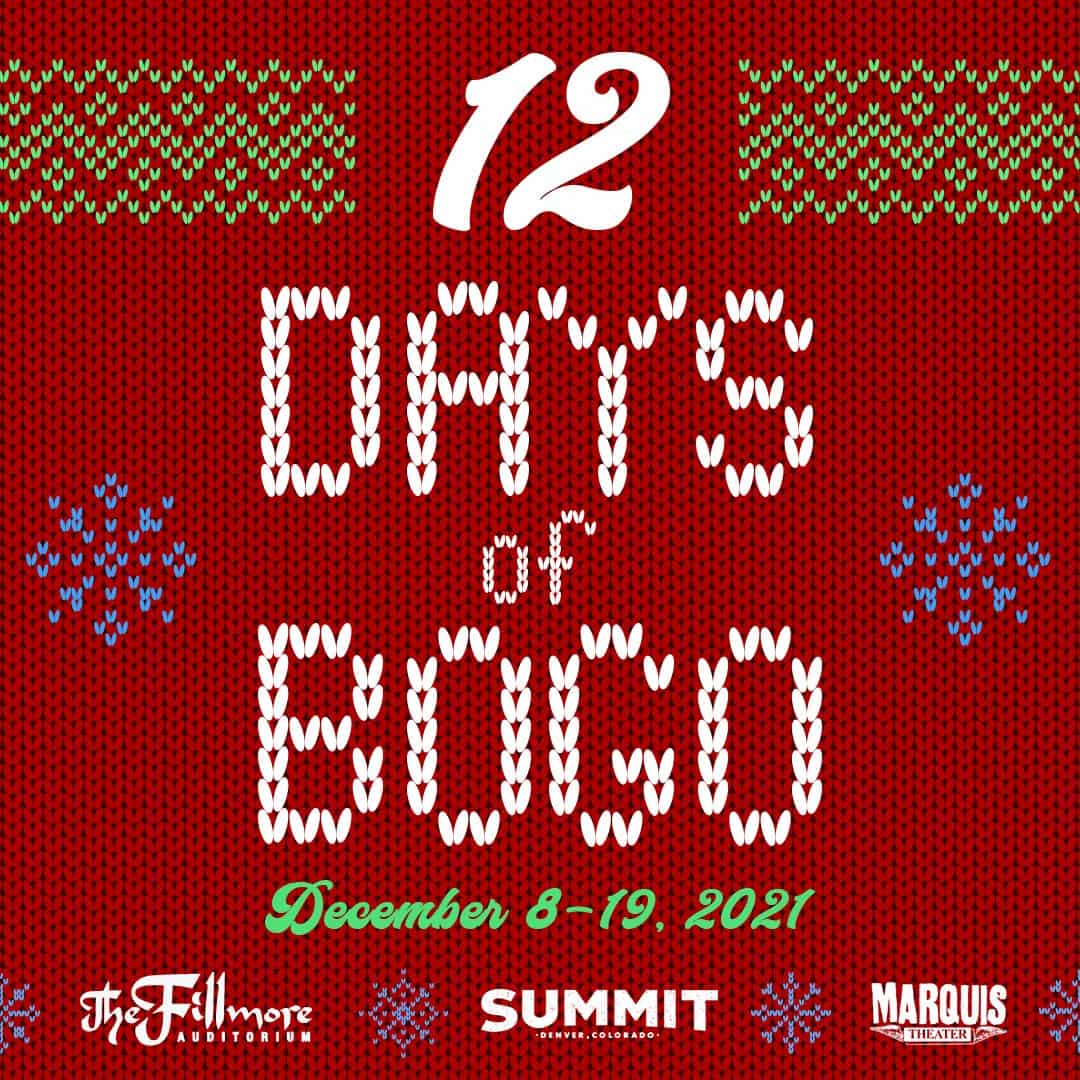 As a way to thank you its loyal customers, The Fillmore Auditorium is offering 12 days of buy-one-get-one FREE tickets — from December 8 to 19.

There is no promo code needed. The discount is automatically applied. However, tickets are available while supplies last for each respective day. (When we checked, the discount tickets were listed at 50% off. However, it may be different for each show.)

Here’s what on the concert special schedule: