This year’s parade has been canceled due to predictions of bad weather. The Fair at McGregor Square is also canceled. Longhorn cattle plodding along the streets of downtown Denver are the hallmark of the the National Western Stock Show Parade, which kicks off the country’s largest winter stock show and rodeo. The parade starts at noon on Thursday, January 6 outside Union Station and marches 12 blocks along 17th Street. Leading the procession will be an assembly of Colorado’s First Responders as honorary 2022 Stock Show parade grand marshals. 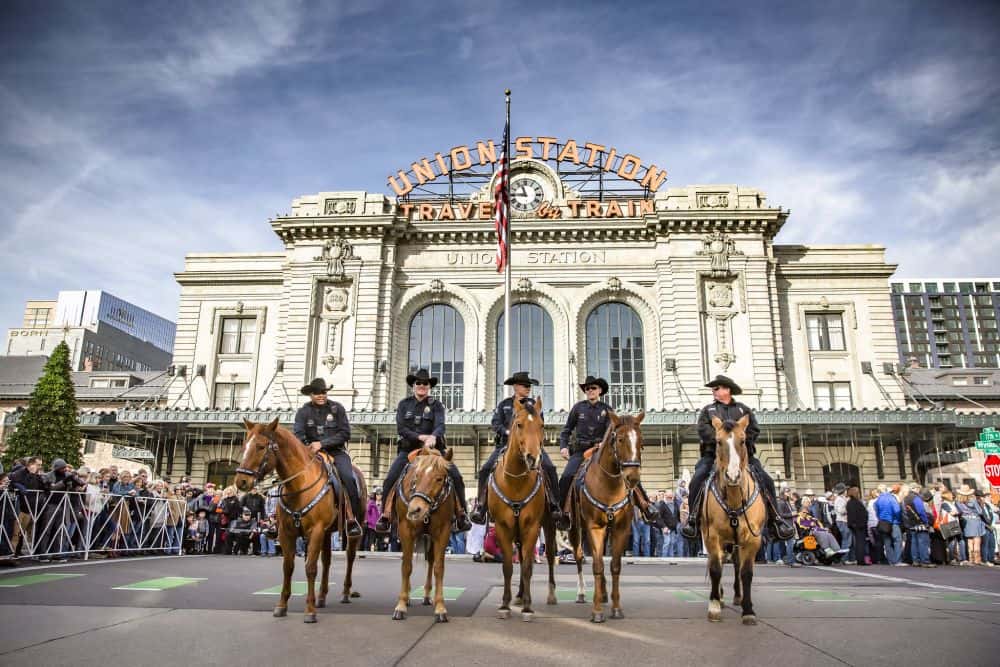 It features marching bands, floats, horseback riders, performing cowgirls and cowboys and the  incredible sight of Texas Longhorn cattle being driven through the city.

While the parade officially disbands at Glenarm Place, you can also see the animals and cowboys returning via 18th St.

Parade-goers, office workers, and those passing by are invited to the first-ever Stock Show Fair at McGregor Square that day from 11:30 a.m. to 1:30 p.m.

In case you are wondering, the BBQ lunch previous held in the past will not be happening.

Click here for a complete schedule of Stock Show events.