Punkin Chunkin involves very large slingshots, catapults, centrifuges, trebuchets and pneumatic air cannons used to hurl pumpkins as far as possible. We’re not sure whether it’s a sport or a mechanical challenge, but it’s a hoot to watch. Punkin Chunkin events elsewhere have even been televised nationally, and Punkin Chunkin Colorado returns to Aurora for two days on Saturday & Sunday, September 21 & 22. Hours are Saturday from 10 a.m. to 5 p.m. and Sunday from 10 a.m. to 3 p.m. 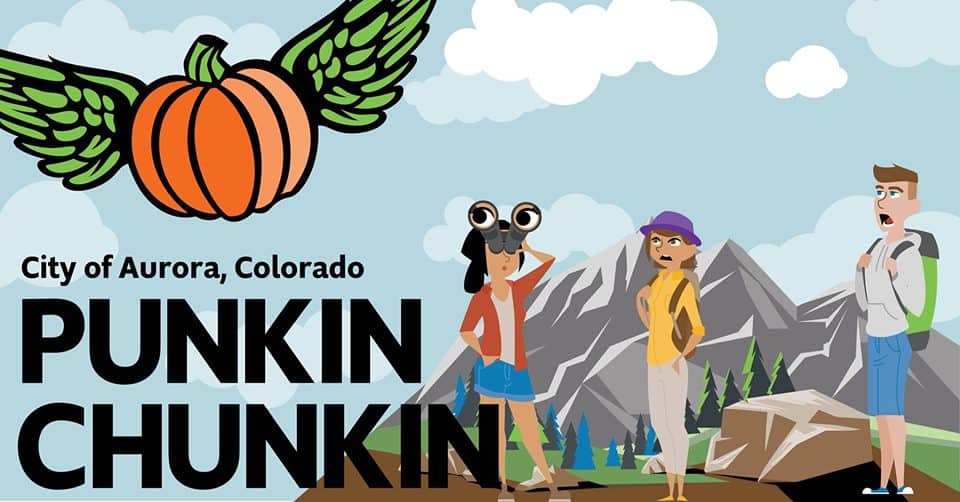 The event includes a day of chunkin’ (with a full one-mile range – awesome!). More than 25 teams of Chunkers come to break world records and gain bragging rights.

New this year, are two larger-than-life pumpkin carved displays –where pumpkins will be used to create gigantic pumpkin displays.. One will even have an interactive feature in which event attendees can push a button and make part of the display move.

When pumpkins break during launch it’s referred to as “pie”.

Pumpkins reach speeds of 250+ mph when fired from air cannons.

The current world record for furthest launch at Punkin Chunkin is 4,830 feet.

An assortment of food vendors will be on hand including Colorado Buffalo Grill, Funnellicious and many more. Hard seltzer and craft beer enthusiasts will be excited to find a variety of autumnal favorites, including White Claw Hard Seltzers, Sam Adams Octoberfest, Tommy Knocker Small Patch Pumpkin Harvest Ale and an assortment of mixed drinks. All adult beverages are $5.

Admission is $5 each day for adults, children 4 and under are FREE. There’s also a family 4-pack for $15 only available online. Some activities such as the pony rides, pumpkin patch and face painters charge an additional fee (from $1 to $5). Buy tickets online here.