This year’s Downtown Denver Grand Illumination lights up the city from Union Station to the City & County Building on Friday, November 26. Festivities including musical entertainment at Union Station start at 5 p.m. with the lights turned on at 6:45 p.m. With the Union Station illumination, More than three million lights will illuminate the exterior of the train station, City and County Building, the 16th Street Mall, Skyline Park, the D&F Clock Tower, 14th Street, Larimer Square and more. 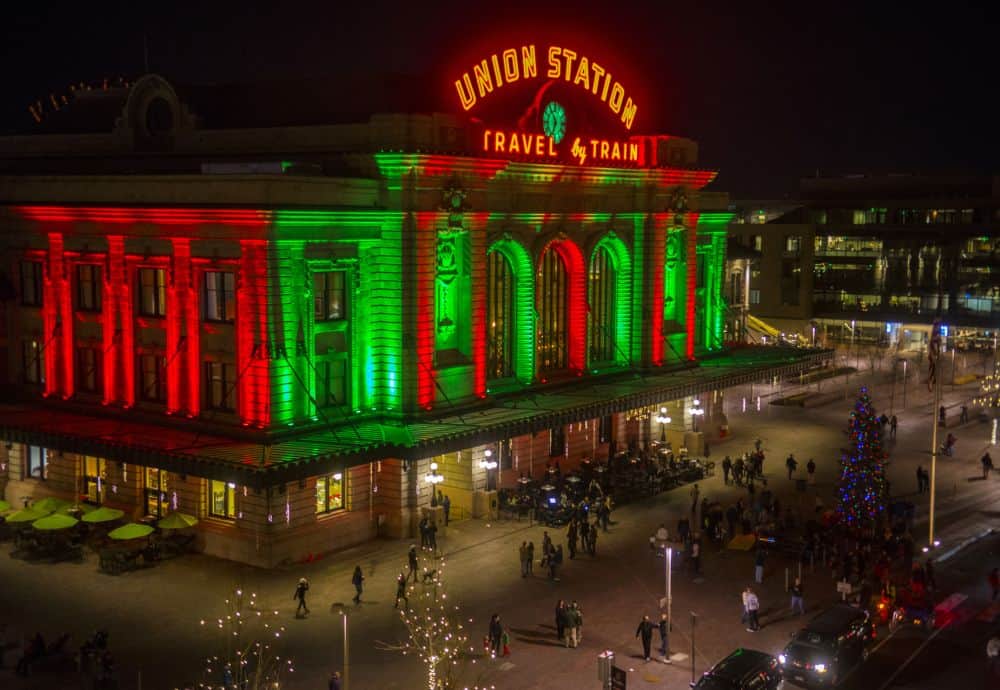 Not only will the exterior of the train station be lit during the Grand Illumination, but there’s a 40-foot-tall outdoor Christmas tree, featuring more than 7,000 holiday lights.

If you can’t make it out on the 26th, no worries. Remember that the lights sparkle all season long.