Hey, frugal film fanatics! AMC Theatres is turning back time. After being closed for months, the theater chain is offering a blockbuster ticket price for its long-awaited reopening.  In 1920, the Dubinsky Brothers began operations with a single movie screen in Kansas City, Missouri. That single screen would serve as the foundation for what is known today as AMC Entertainment, the largest theatrical exhibitor in the U.S. and in the world. 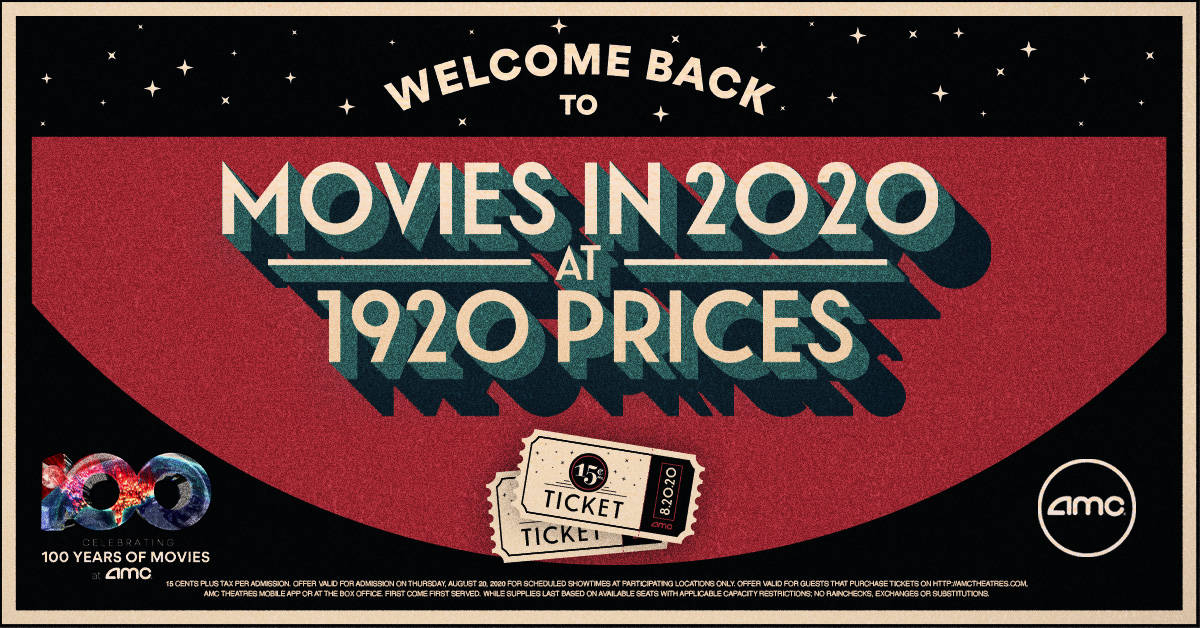 One hundred years later, as AMC reopens its doors for the first time in more than five months, AMC is celebrating its history with a throwback to the year it all started by offering “Movies in 2020 at 1920 Prices.”

When the first wave of more than 100 AMC theatres reopens on August 20, moviegoers can again enjoy the magic of the big screen at 1920 ticket prices.

For one day only, on Thursday, August 20, all tickets will be priced at 15¢ at those locations reopening in the first wave.

Currently, the chain expects to open approximately two thirds of its more than 600 U.S. theatre locations in time for the September 3rd release of Warner Bros.’ Tenet, following Disney’s August 28th release of The New Mutants.

The remainder of AMC’s U.S. theatres will open only after authorized to do so by state and local officials.

The one-day 15¢ ticketing celebration kicks off several promotions that film fanatics will enjoy in the coming weeks at the theater chain.

After opening day, bring-back titles, Inception, Black Panther, Back to the Future, Ghostbusters, Grease and Star Wars: Episode V – The Empire Strikes Back will be priced at only $5.

Through October 31, AMC is also offering an array of $5 food and beverage treats, including regular popcorn, regular Coca-Cola Freestyle drink and KidsPacks. And all AMC Stubs members will earn double points on all eligible purchases. 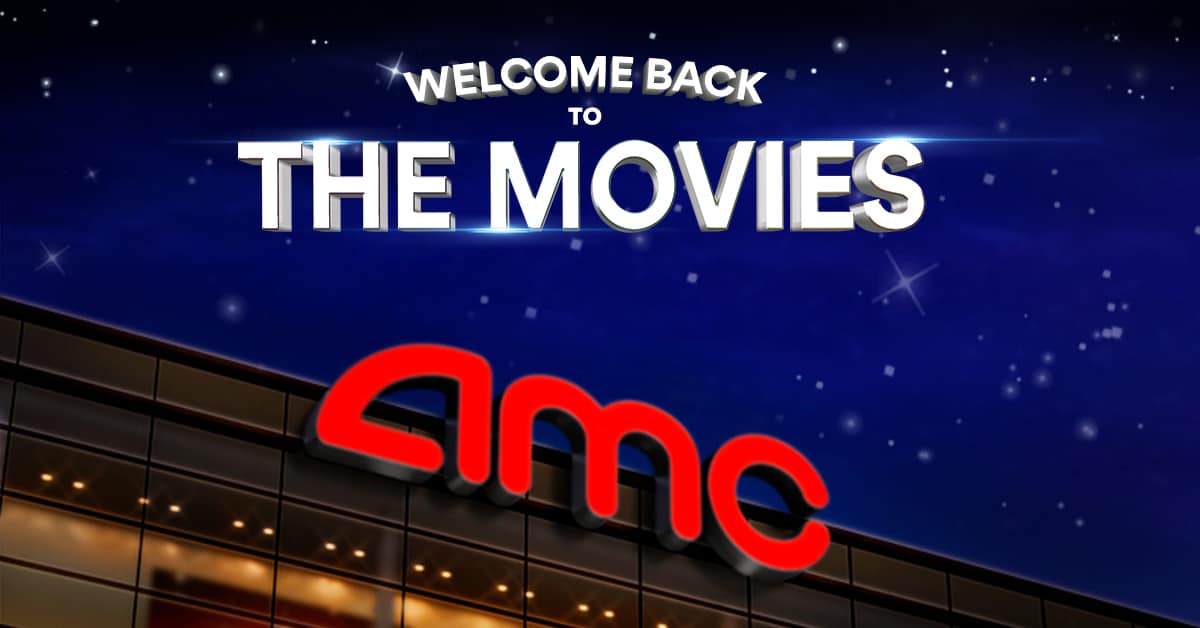 The following Colorado locations will open on August 20: