Story by Priscilla Blossom. Plays, musicals, or one-acts — there’s nothing quite like seeing a live production. But how does one go about doing this while sticking to a budget? After all, a night at the theatre can often prove to be pricier than simply going to the movies. Luckily, we have a wide variety of performance spaces from which to choose in Denver. 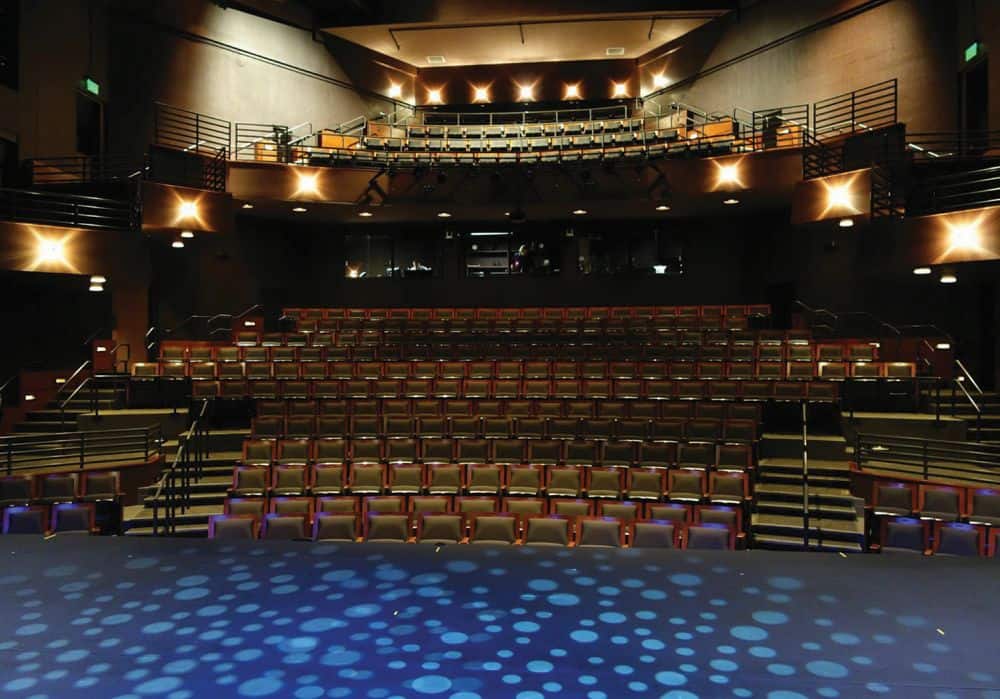 You’re probably familiar with the Denver Performing Arts Center — which stages local productions, alongside Broadway hits such as Hamilton and Lion King. While we absolutely love the DCPA, ticket deals here are few and far between (when we find them, we always let you know through our daily email).

Instead, we’re highlighting some of the other wonderful local theaters in the metro area where you can enjoy live performances for a fraction of the cost. See below and prepare to save on tickets for solo nights out, date nights, and even family-friendly productions.

The Arvada Center for the Arts and Humanities

Season runs: September through May

Ways to save: Rush Tickets are available every Monday at 10 a.m. by phone or in person for performances occurring the same week (Tuesday through Sunday). Prices for these are just $15 for Main Stage Musical tickets and $10 for Black Box Play tickets.

Season runs: June through May

About This Theatre: The Lone Tree Arts Center features a 500-seat theatre in which to view a wide variety of in-house productions as well as one-night-only national and international acts. Other offerings include outdoor summer programming, sensory-friendly performances for children and a free art gallery featuring around six shows per year.

Ways to save: Lone Tree’s children’s programming is most affordable. On most first Tuesdays of the month, morning performances are just $3 via their Seedlings program.

Their monthly Passport to Culture program for families also offers $5 show tickets on a Sunday afternoon, usually featuring performances by local groups such as the Cleo Parker Robinson Dance Company or Opera Colorado. Kids who attend are given a passport in which to collect “stamps” for each performance attended, and eight stamps earns them one free ticket to a future show.

Additionally, the center offers lower-cost tickets (about $19) for seniors once a month on Wednesday afternoons via Arts in the Afternoon, with hour-long performances followed by social time afterwards.

They also offer free programming for individuals experiencing early memory loss and Alzheimer’s and their caregivers via a program called SPARK! 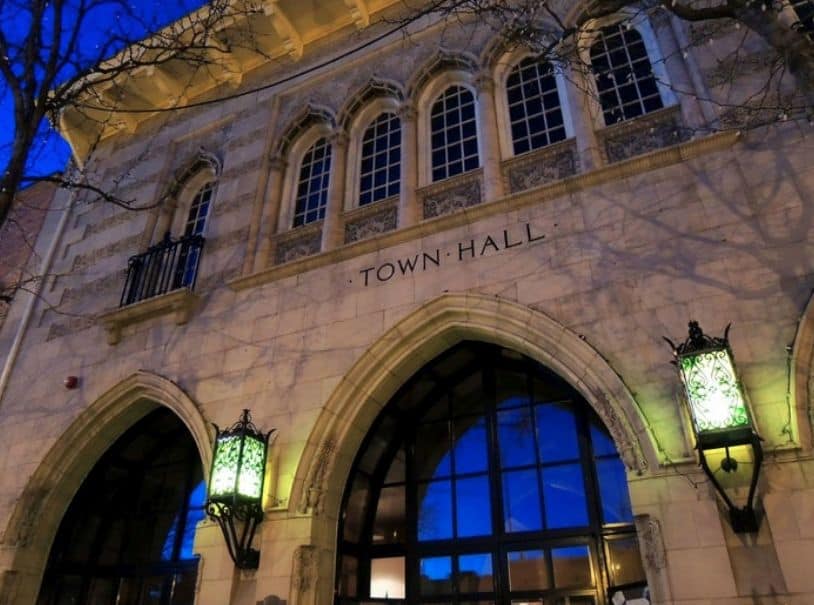 About This Theatre: Formerly the Littleton Town Hall, this community center built roughly a century ago is home to an intimate theatre that produces six plays and musicals a year. They also host a concert series, as well as some limited education performances, and a free public art gallery.

For those interested in being on stage, the center also offers a number of classes and workshops open to the public, plus immersive Participation Plays geared toward youth to introduce them to the magic of theatre.

Season Dates: September through May, plus one bonus Summer Musical

About This Theatre: Plays, concerts, sketch and stand-up comedy, lectures, magic shows, and more can all be enjoyed at the Parker Arts Center. This multi-purpose venue also features two art galleries, as well as adult and youth classes (including ones for children with special needs) in a variety of mediums—from performance to music, dance to culinary, and more.

Ways To Save: For those wanting to introduce youngsters to the theater, PACE’s Family Discovery Series features shows under 60 minutes with tickets starting at just $7. The center also has a free Discovery Park Summer Concert Series outdoors with food trucks, children’s interactive water fountain, and more.

About This Theatre: Specializing in plays and musicals, the Vintage Theatre is one of Denver’s busiest performing arts centers, with three performance spaces hosting productions on most weekends. The Vintage also has a youth theatre program as well as continuing education classes for adults (currently in the form of free weekly dance classes).

Ways To Save: Tickets to shows at the Vintage are often fairly affordable, sometimes as low as $15. Preview show tickets are even cheaper, often going for just $10.

Plus, individuals who volunteer as ushers are given complimentary admission to the show they are working as well as complimentary beverages and other perks (sign up on their website for more info).

Season Dates: October through May

About This Theatre: Originally built as a movie palace, the Aurora Fox Theatre is now a full-fledged theatre and production company in its 35th season. Featuring two intimate performance spaces for plays and musicals, the Aurora Fox puts on six performances annually, as well as a summer children’s theatre program and additional special programming.

Ways To Save: The best way to get complimentary tickets here is by volunteering as an usher. You can also inquire about being invited to a preview performance. These tickets generally go to City of Aurora employees first, but there are often enough left over for others to snag. 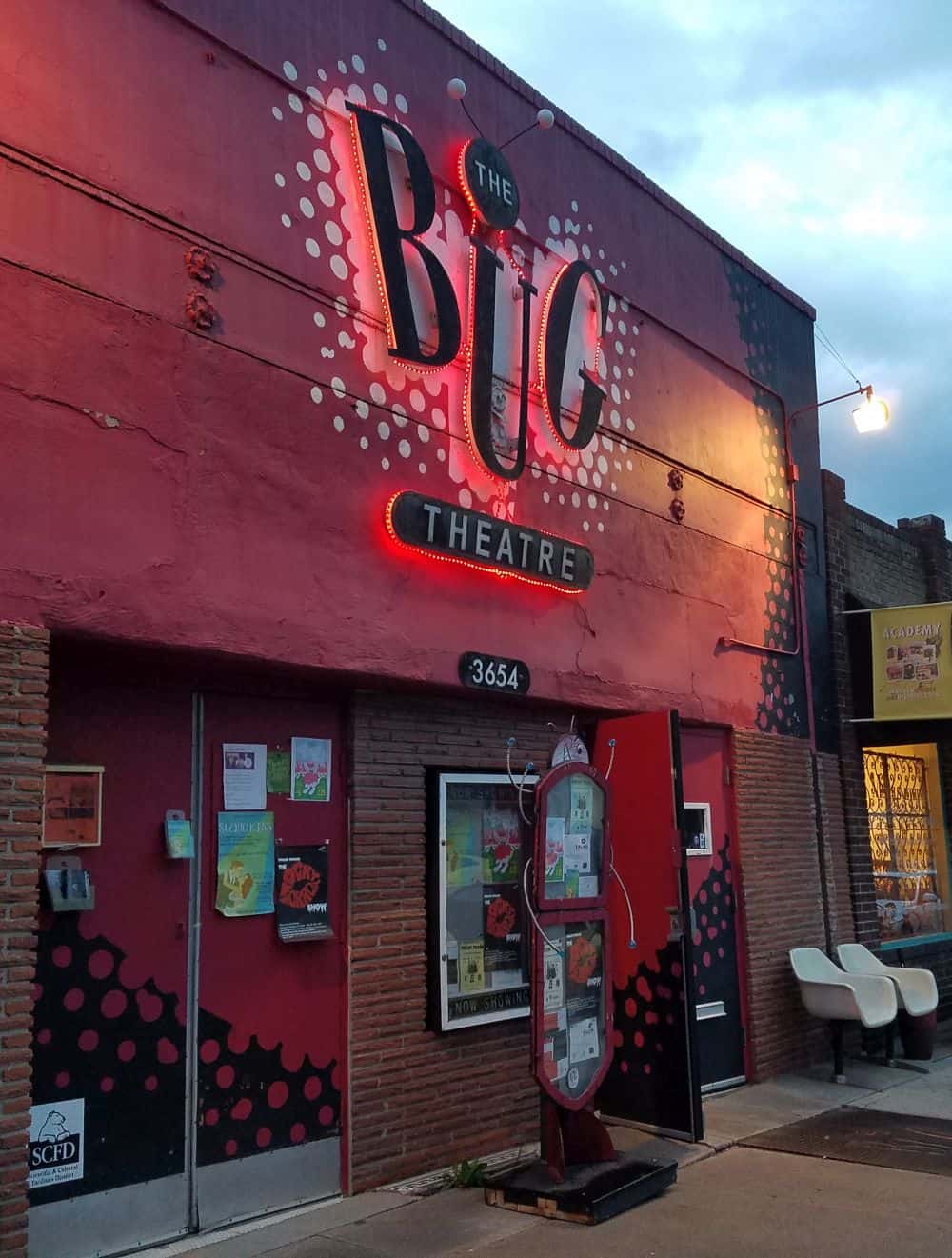 About This Theatre: Located in the Northside neighborhood, the Bug Theatre is one of Denver’s quirkiest homes for live performances and film. Their resident company is Equinox Theatre, producing and performing five month-long shows per year.

They also host the Emerging Filmmakers Project (showcasing independent local films every Thursday), as well as comedy and burlesque shows, and a regular open-mic and variety show called Freak Train (happening the last Monday of each month).

Ways To Save: Thursday night tickets for Equinox performances can be obtained for just $15 ($10 off regular admission). Additionally, the monthly Freak Train and Emerging Filmmakers Project events are just $5 each.

About This Theatre: Su Teatro is Denver’s only performing arts center highlighting the work of the Latinx and Chicano community. Their theatre season includes 4 to 5 productions, including original works as well as adaptations and translations both by artistic director, Tony Garcia, as well as other Latinx playwrights.

Ways To Save: Enjoy complimentary tickets in exchange for volunteering as an usher here. Additionally, you can get 2-for-1 tickets for just $20 on Thursday night performances.

While Flex Passes are $144, they’re a great way to save as they can be combined in a number of ways (including split between friends for various events), leaving each actual ticket at just $12 a piece.

For those interested in film, their monthly XicanIndie Film night is free on the first Thursday of the month. 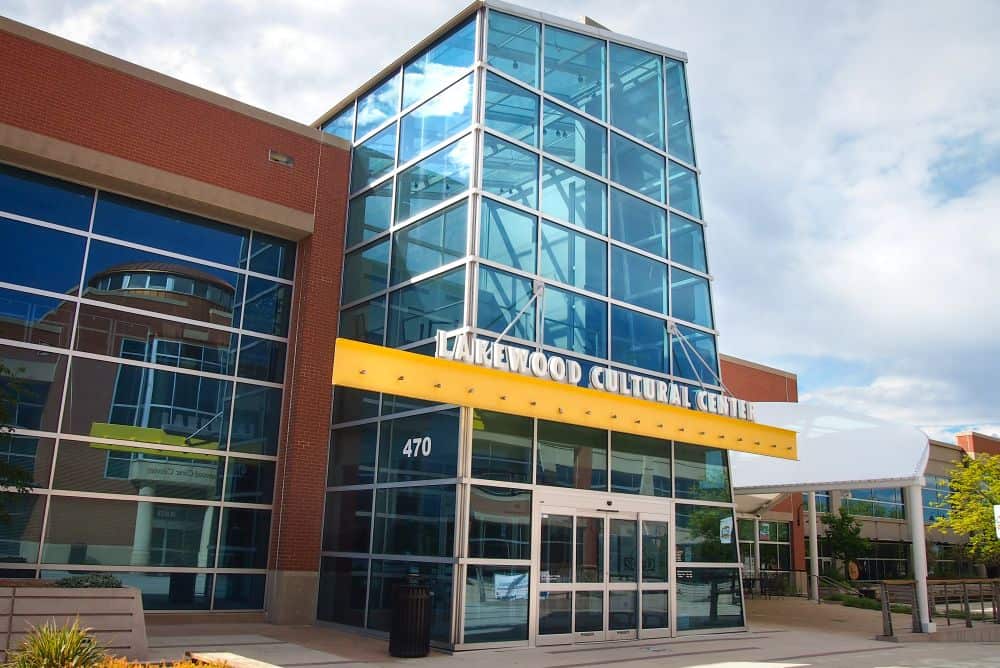 About This Theatre: The Lakewood Cultural Center presents musicals, concerts, dance performances, and more from both local and touring companies at reasonable prices. Aside from a 320-seat theatre space, the center also features art and dance studios, family-friendly special events (like INSPIRE Arts Week), camps for kids, three art galleries with permanent and rotating exhibitions, and more.

Ways To Save: Many events at the LCC are low cost, running from about $7 to $15. Additionally, some events (like ballets) that are ticketed at $25 often have some discount seats available for $20.

Looking for deals on theatre tickets? Check out Goldstar which has up to 50% off seats!