Every year, Colorado’s own Breckenridge Brewery and Never Summer Industries team up to prepare for the Opening Day of the winter sports season with a huge party in the parking lot of Blake Street Tavern. This year’s FREE bash is Friday, October 21, 2022, starting at 6 p.m. Central to the party is the reveal of the “Artist Series” Breckenridge Brewery Never Summer snowboard featuring custom artwork by a local artist. 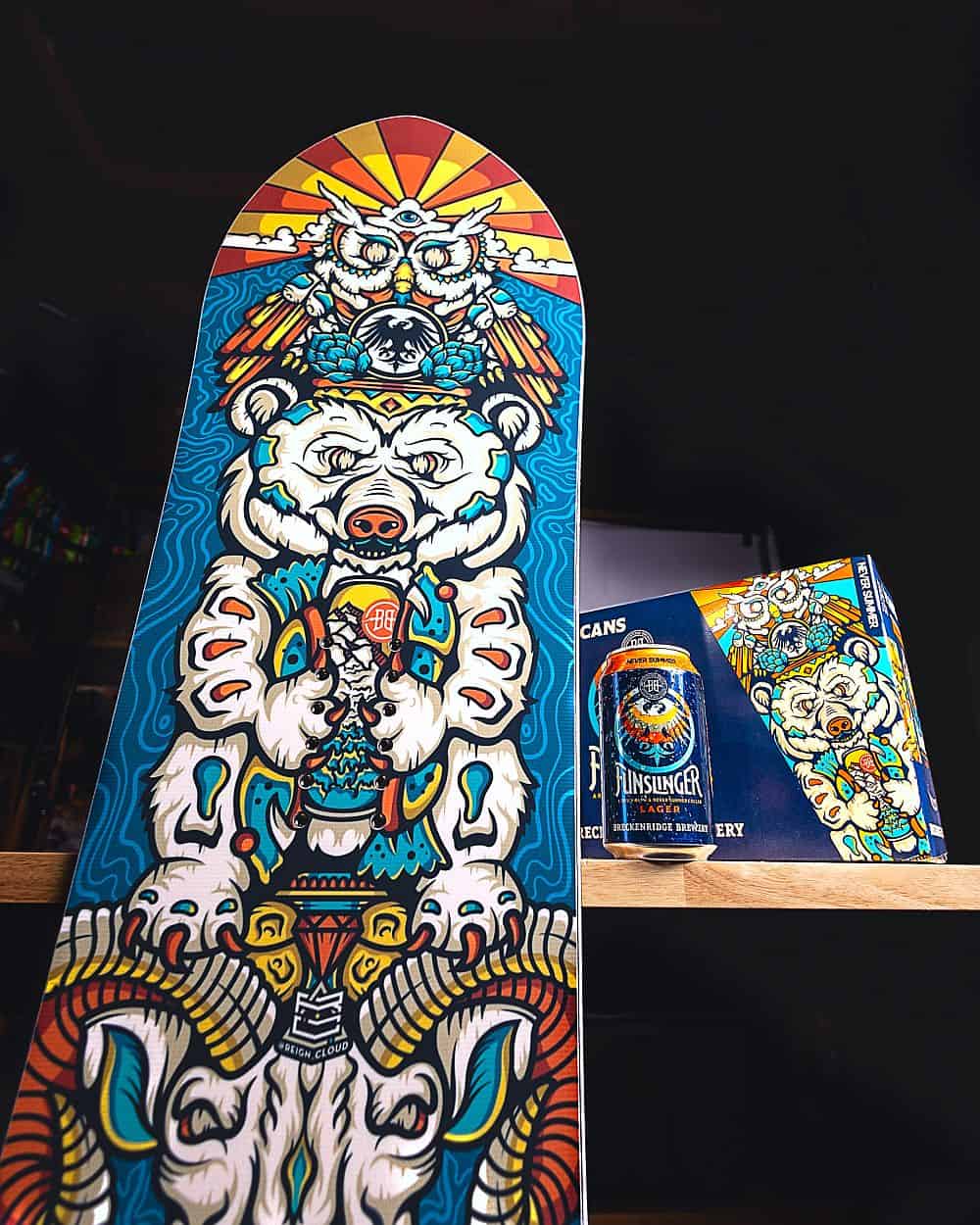 Some of the cool stuff going down:

Beer, beer and more beer including the new Funslinger Lager