← Free Airport Expo With Aerobatics in Longmont
Get Thee to the River, The RiverFest That Is →

If you weren’t blessed by the musical theater gods in getting a great seat to see “The Book of Mormon”, you still have a prayer. Bryan won last week! Based on his experience, the $25 tickets appear to all be in the front row — 24 in total. If each person selects two tickets, there are a total of 12 winners at each drawing.

The producers are offering low-priced seats for every city on the National Tour via a day-of-performance ticket lottery for the wildly popular Broadway mega-hit. The show plays the Ellie Caulkins Opera House from June 13 through July 7. 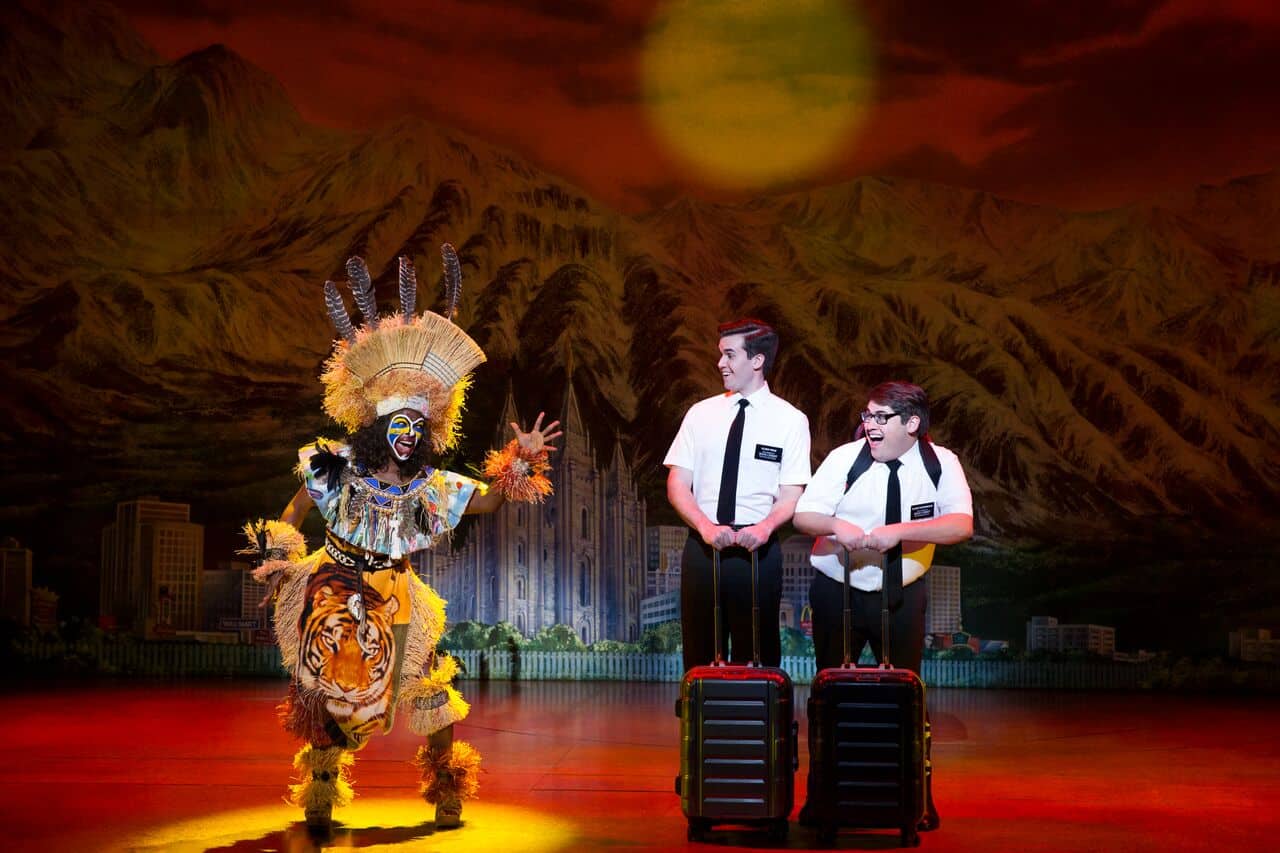 The Tony Award-winning musical tells the story of two young Mormon missionaries sent to a remote village in northern Uganda, where a brutal warlord is threatening the local population.

Naive and optimistic, the two missionaries try to share the Book of Mormon, but have trouble connecting with the locals, who are more worried about war, famine, poverty and AIDS than about religion.

The show is irreverent, hysterical, filled with big production numbers and not for the easily offended.

Here’s how the ticket lottery works:

The show plays Tuesday through Sunday at 7:30 p.m. with a 2 p.m. matinée on Saturday and Sunday. Two-and-a-half hours prior to each performance (11:30 a.m. for matinée and 5 p.m. for evening performances), enter your name into the random drawing at the DCPA box office.

You must have a valid photo ID. Limit one entry per person. (No cheating! Cards are checked for duplicates prior to drawing.)

Thirty minutes later (noon and 5:30 p.m., respectively), names will be drawn for a limited number of tickets at $25 each. Winners must be present at the time of the drawing and show valid ID to purchase tickets.

The turn-out is expected to be large for each drawing, so be patient and have fun. The extremely popular lottery for the Broadway production has attracted as many as 800 entries at some performances.

It’s definitely a deal in “our book” because tickets are regularly up to $145 each! That is, if you’re “blessed” enough to win one of the highly coveted seats.

The lottery is only available in-person with a limit of two tickets per winner. (You can also enter to win a single ticket.)

MHOTC Tip: If you’re going alone, look for another solo ticket seeker and partner up. It will double your chances of winning, if you each enter for two tickets rather than one. Just make sure they have $25 in cash to pay for their ticket.