The much-loved musical RENT is returning to Denver, as part of its 20th Anniversary Tour. In 1996, an original rock musical by a then little-known composer opened on Broadway and it forever changed the landscape of American theater. Two decades later, Jonathan Larson’s RENT continues to speak loudly and defiantly to audiences across generations, all over the world. (Yes, we know. It’s closer to 25 years, since the show premiered on Broadway. In any case, the musical will always be a classic!) 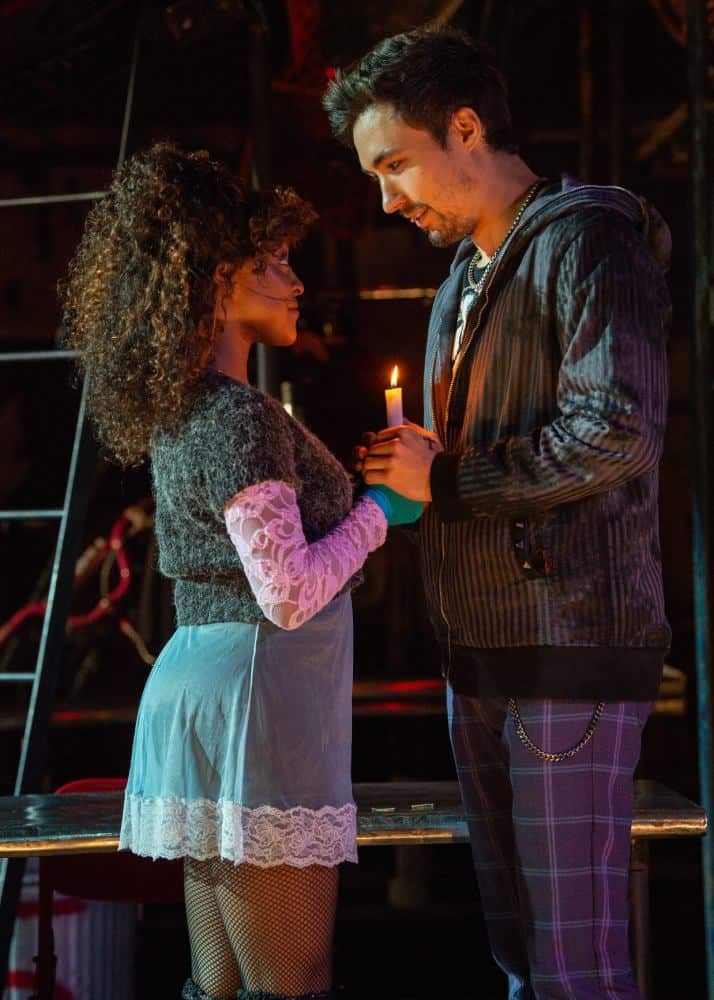 And now, the Pulitzer Prize and Tony Award-winning masterpiece returns to the stage in a vibrant 20th anniversary touring production. A re-imagining of Puccini’s La Bohème,RENT follows an unforgettable year in the lives of seven artists struggling to follow their dreams without selling out. With its inspiring message of joy and hope in the face of fear, this timeless celebration of friendship and creativity reminds us to measure our lives with the only thing that truly matters—love.

The musical plays the Buell Theatre from February 28 to March 1 — for a total of five performances.

The lottery opens at 5:30 p.m. and noon, respectively. The entry window is only open for 30 minutes. You don’t have to show up right at the start, just be sure your entry form is in the drum before 6 p.m. and 12:30 p.m., respectively.

For musical theater lovers on a budget, you can get a ticket in the front rows of the orchestra for just $20 — regularly up to $125.

The tradition of offering discounted tickets began in 1996 in New York, when the show moved to Broadway — after a sold-out run in a small downtown theatre.  The producers of the show are committed to continuing the tradition of offering these orchestra seats in each city the show plays, making the show accessible to more people. It also helps continue to spread the show’s message of love and acceptance.

Here’s how the lottery works:

Two hours prior to each performance, show up at the box office to enter the drawing (for up to two tickets.)

The lottery is in-person only.

Participants must present a valid photo ID, when submitting their entry and, if chosen, when purchasing tickets.

Only one entry is allowed per person — cash only.