To be (home), or, not to be (home), that is the question. And you know the answer. Canada’s prestigious Stratford Festival is bringing its award-winning film series to a couch near you. Starting Thursday, April 23, the theater company broadcasts a virtual “film festival” offering FREE streaming of 12 of its finest Shakespeare productions. 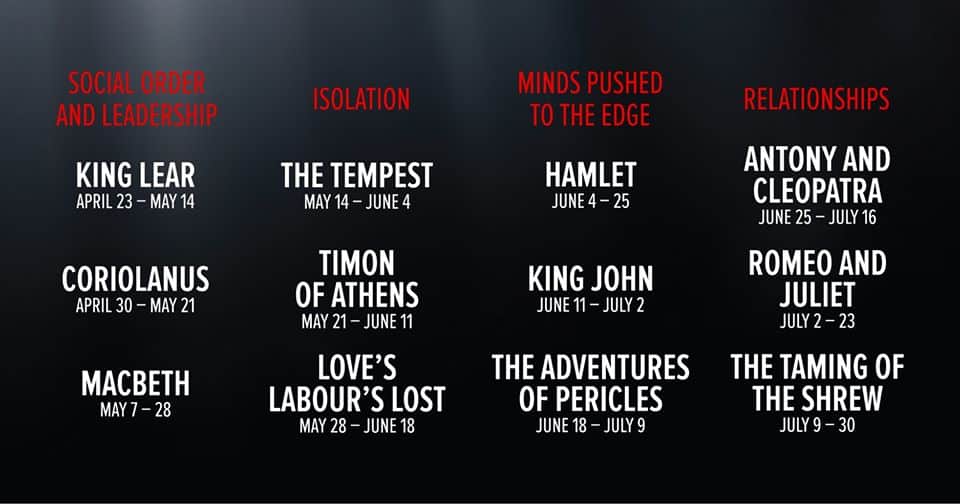 One film will be released on their YouTube channel every Thursday at 5 p.m. MST, starting with King Lear on April 23 — aka Shakespeare’s birthday! — and will remain available for three weeks. (Repeat viewings are strongly encouraged.)

Thanks to MHOTC reader Mike for telling us about this offer!

The Adventures of Pericles — June 18 to July 9